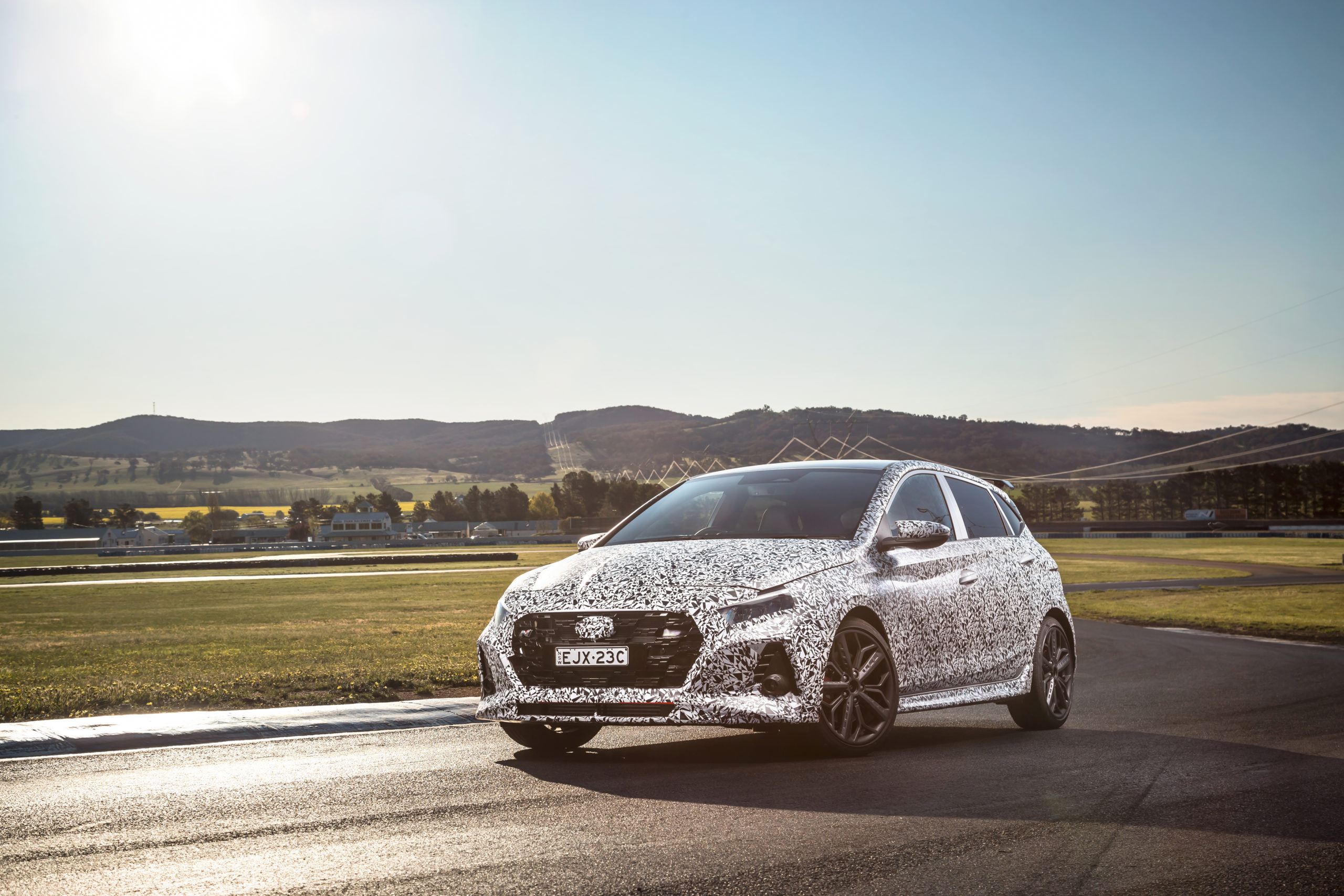 The Hyundai i20 N at Wakefield Park

Hyundai has released details of its highly-anticipated baby hot hatch – the all-new i20 N – and revealed a prototype is already in Australia testing ahead of its official launch next year.

This new addition to the Hyundai range expands the brand’s N Performance line-up to three. It joins the bigger i30 N and i30 Fastback N, but is set to be joined by more N Performance and N Line models as the South Korean firm gets more serious about performance cars.

As expected it’s powered by the same 1.6-litre four-cylinder turbo engine found in the i30 N-Line and Veloster Turbo. But it has slightly more punch, with 150kW of power and 275Nm of torque (up from 265Nm in the other models). That will make it competitive but far from class-leading against its direct rivals, the 147kW/290Nm Ford Fiesta ST and 147kW/320Nm Volkswagen Polo GTI. 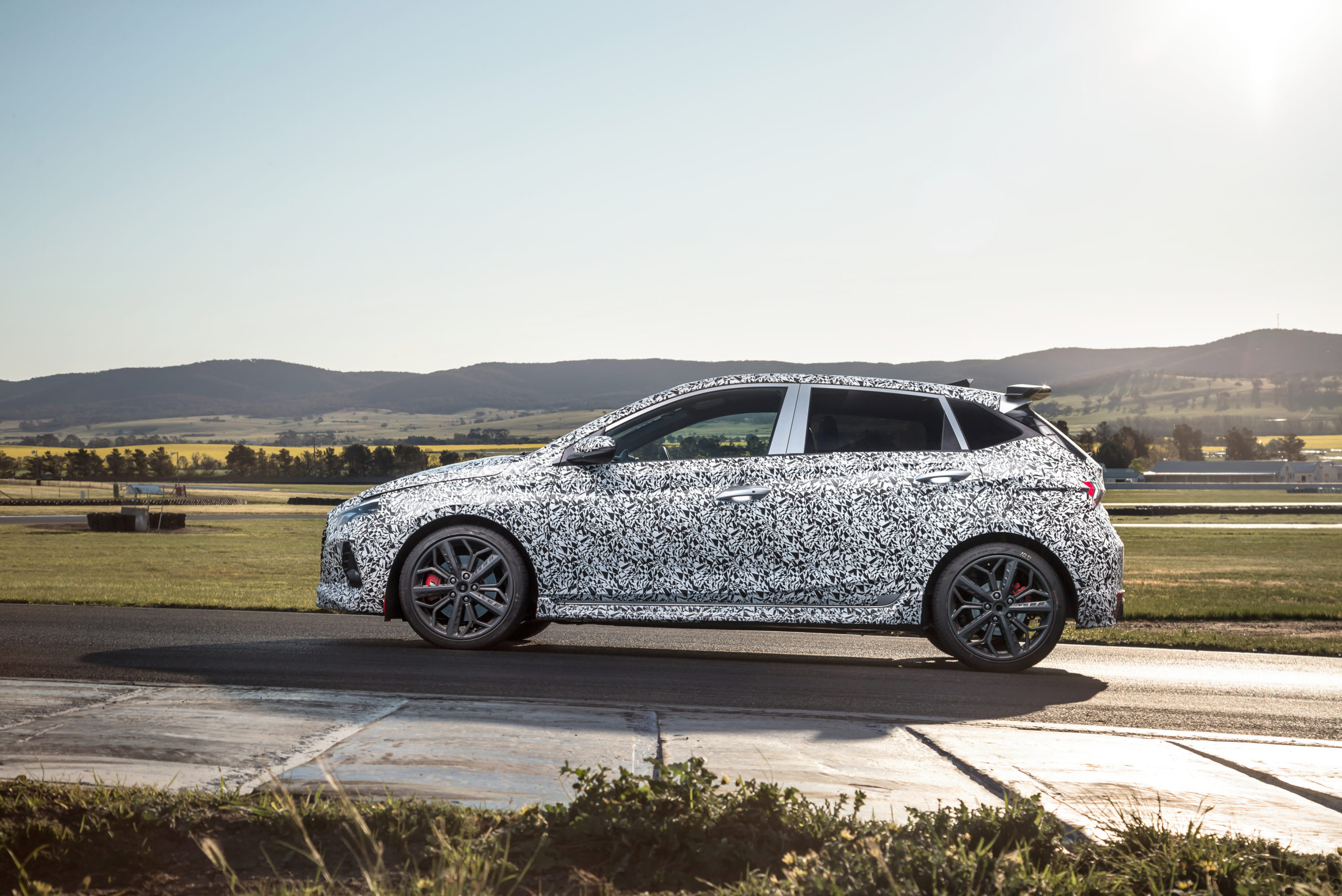 The engine is mated to a six-speed manual gearbox that sends power to the front wheels via a mechanical limited slip differential. Although the N-Line models are available with a seven-speed dual-clutch automatic transmission, the i20 N is set to be a three-pedal-only affair which positions it as an enthusiast car.

As with the i30 N, the smaller hot hatch gets a range of customisable drive modes including the track-spec ‘N Mode’, which allows you to tune the responsiveness of a variety of factors, including the engine, to the conditions.

The settings will include a rev matching for the gearbox, launch control, steering and exhaust sound.

The suspension has been overhauled from the standard i20 (which won’t be sold in Australia) in order to give it suitably sharp handling. So there’s new knuckles, new springs and new dampers that are being tuned in the prototype for local conditions and Australian preferences. 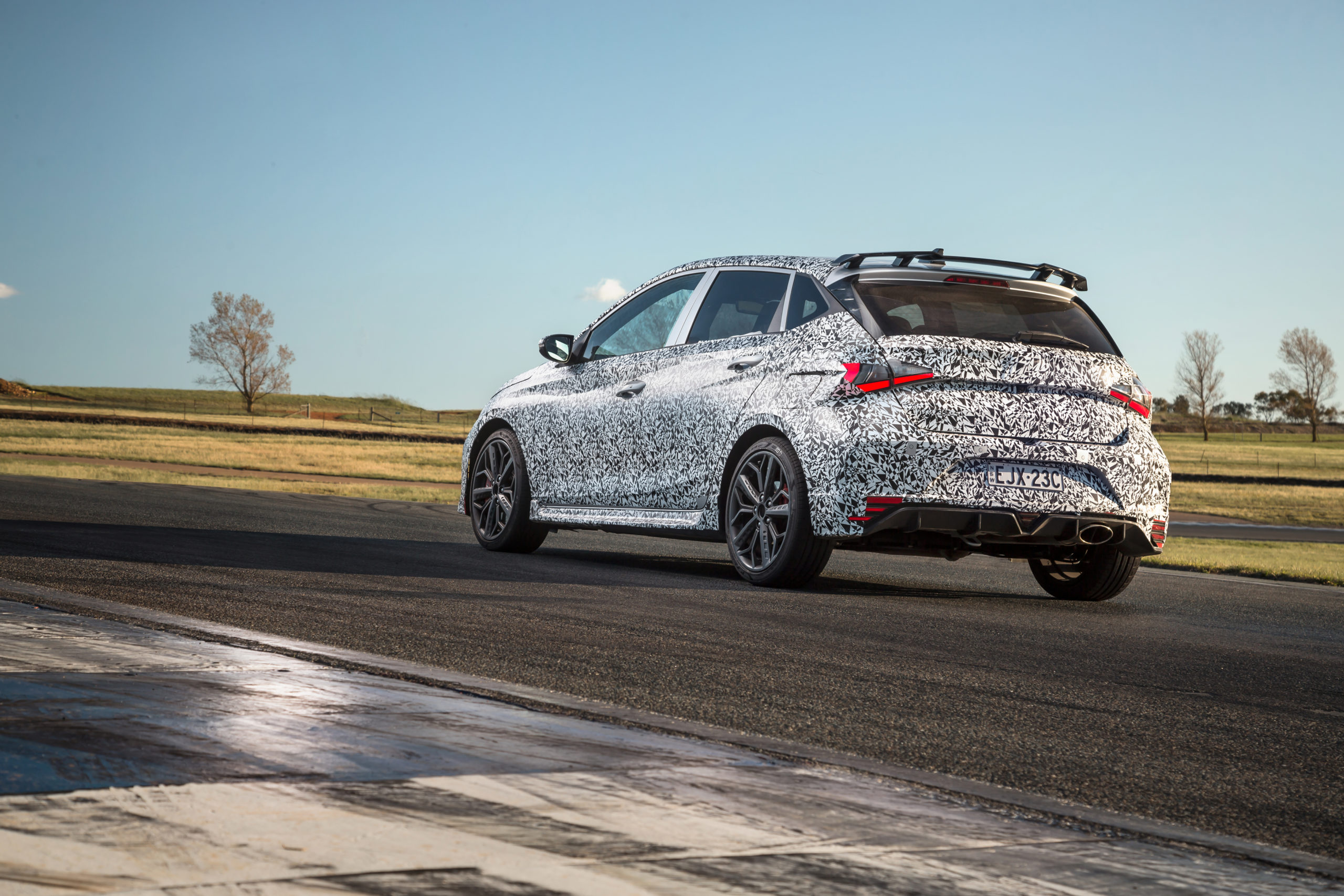 While Hyundai has only released these camouflaged images taken at Wakefield Park and illustrations of the finished car, we can get a clear indication of what it will look like. Like the 2021 i30 N, which just got a facelift, the i20 N features and aggressive and sporty look.

There’s a new front bumper with specially-designed air-intake and the black grille features an N badge. At the back there’s a rear spoiler and bespoke rear bumper that incorporates a diffuser and triangular rear fog light (as seen on the i30 N, so it’s likely to be a N Performance signature design element on future models).

Although there’s no official look at the cabin Hyundai has said it will get a black interior treatment with Performance Blue accents. There’ll be a sports steering wheel, metal sports pedals and sports seats.

Hyundai is saving the rest of the details, including the all-important price, until closer to its launch sometime in the first half of 2021.