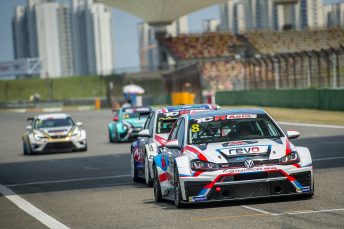 TCR is heading to Zhuhai

MEDIA RELEASE: The TCR concept continues to gain great momentum around the world, with Asia one of the fastest growing regions, so as a result, TCR Asia Series promoter, WSC Asia Limited have adjusted their 2017 calendar to provide greater competition in the region, with the addition of a third event in China.

“We had originally scheduled South Korea to host a round of the TCR Asia Series again, but after careful consideration, taking into account the lack of teams with TCR cars from that part of Asia at this moment, we elected to support the growing Chinese market with the inclusion of Zhuhai in late April,” WSC Asia Limited’s David Sonenscher confirmed.

“Already we have received a significant amount of interest for the new season, and are doing our best to follow the foundations set by the TCR International Series, to support the national championships in the region, and provide their drivers with more opportunities to compete against the region’s leading teams.

“There is also a strong motorsport culture in Zhuhai – being effectively Hong Kong’s home circuit – so it made sense to be closer to the population base of teams and drivers who are looking to be involved in the TCR concept.”

For more information please visit the TCR Asia Series website – www.asia.tcr-series.com – social media; www.facebook.com/TCRAsiaSeries will also post news, video clips, images and updates, and you can also get involved in the conversation on www.twitter.com/TCRAsiaSeries
#TCRAsiaSeries