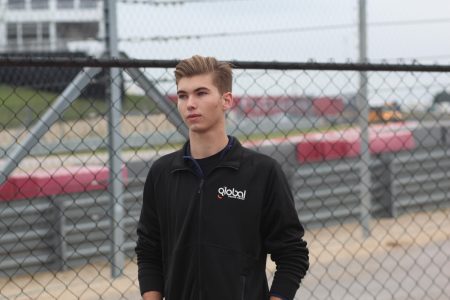 American Formula 3 and Formula 4 racer Parker Locke is the latest driver to be confirmed for the 2019 Castrol Toyota Racing Series in New Zealand.

The seventeen year old San Antonio, Texas racer is one of a growing number of young USA drivers with IndyCar or Formula One in their long term sights and will join Victory Motor Racing for the campaign in the New Year which culminates in the New Zealand Grand Prix. Victory are one of four teams who run the drivers in identical machinery in the five weekend championship and won the title two years ago with former GT and current Australian Super2 Series driver Thomas Randle.

Locke began racing in karts at his local track in New Braunfels in 2015 at the age of 14, stepping into cars for the first time in 2017 in the Lucas Oil Formula Race Car Series before stepping up to full wings and slicks specification cars in the US Formula 4 Championship. He undertook the complete season before combining further F4 events with three F3 Americas racing weekends last season, where he secured three podium finishes.

The New Zealand campaign will be Parker’s first time racing outside of the United States, but he is confident that it will be a productive visit that will make a significant contribution to his single seater career aspirations.

“My goal is to learn better race craft and improve over the five weekends,” he explained. “I started in racing at a very late age so my race craft is not up to the level of others just yet. I have shown that I have the speed but my race craft needs to improve. That’s what the trip to New Zealand is all about. It’s going to be an exciting trip with lots to learn and plenty of track time with a great team.”

The Castrol Toyota Racing Series is run in identical Toyota powered Tatuus FT-50 chassis’ and runs over five weekends from January, with two races on New Zealand’s South Island and three more on the North Island concluding with the New Zealand Grand Prix meeting at Manfeild Circuit Chris Amon in February, one of only two races outside of F1 officially recognised by the FIA as a Grand Prix.