Yamaha Financial Services back on board with World Superbikes

Yamaha Financial Services back on board with World Superbikes 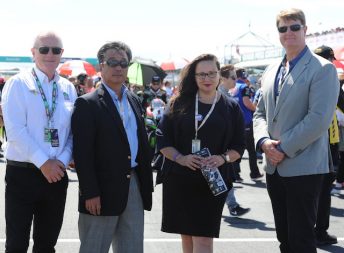 MEDIA RELEASE: Yamaha Financial Services is back on board as the major sponsor of the Australian round of the 2017 MOTUL FIM Superbike World Championship, continuing its partnership with the Phillip Island Grand Prix Circuit and the DORNA WSBK Organisation for another year.

To be held February 24-26 at the world’s motorcycling mecca, the thrilling Phillip Island, the specialist motorcycle finance and insurance company has taken the naming rights position with the event to be called the Yamaha Finance round of the 2017 MOTUL FIM Superbike World Championship.

A race favourite with motorcycle followers throughout Australia and NZ, and television fans across the globe, the Phillip Island season-opener is always eagerly anticipated with the world’s fastest production motorcycle manufacturers launching their 2017 campaigns, rider line-ups, race machines and new liveries.

“Yamaha Finance and Insurance is delighted to be partnering the Phillip Island circuit and DORNA for a second time in support of the 2017 Australian round of World Superbikes,” said Brad Ryan, managing director of Yamaha Financial Services Australia.

“As our business expands so does our support of grass roots motorcycling. The terrific feedback we received from our dealer partners, the public and our loyal customers left us in no doubt we should sponsor world superbike again if the opportunity arose.

“This sponsorship caps off a huge range of racing and event sponsorships over the last 12 months, including MX Nationals, Aus-X Open, ASBK, and both Factory and Privateer Racing Teams.

“We think, as the only specialist captive Motorcycle Finance and Insurance company in Australia, it’s our job to give back. We think this high level of involvement helps us understand our customers better, but is also a way to show our support of the wider industry.

“We encourage everyone to get behind this great event, and Make Your Dreams a Reality!”

Even five months out, the event is shaping up as a winner, with the PATA Crescent Yamaha WorldSBK team picking up Dutch hot-shot, Michael van der Mark, to join Brit Alex Lowes in 2017 on the Yamaha YZF R1s.

“We are well underway with planning for 2017 and the backing of Yamaha Financial Services is integral to the event’s success,” said Fergus Cameron, managing director of the Phillip Island circuit.

“Yamaha has been a strong superbike supporter over many years and we are thrilled to have them back on board. Their partnership gives us added funds to ensure our world superbike round caters for the entertainment needs of all our fans.”

World organising body for WorldSBK, DORNA, welcomed the motorcycle insurance group to the world superbike paddock for a second year.

“We are pleased to continue our partnership with Yamaha Financial Services in WorldSBK,” added Marc Saurina, DORNA’s Commercial and Marketing Director of WorldSBK.

“The exposure offered by the championship and the impressive reputation WorldSBK has in Australia provides the perfect opportunity for Yamaha Financial Services to engage directly with their customers in the local insurance market. DORNA is thrilled to continue this partnership and we look forward to a prosperous future together.”

Tickets for the Yamaha Finance round of the 2017 MOTUL FIM Superbike World Championship at Australia’s Phillip Island go on general sale next week with Ticketek.

For further information go to www.worldsbk.com.au