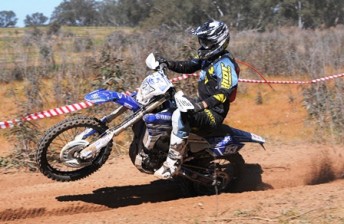 Motorcycling Australia (MA) and the Enduro Commission are pleased to announce Yamaha Australia are again supporting the Australian Off-Road Championship in 2015.

Yamaha’s long standing sponsorship of the Australian Championship continues in to next year after a successful 2014.

A massive contributor to all motorcycle sport in Australia, the Yamaha team are happy to again throw their support behind the AORC.

“Australia boasts some of the best Enduro racers in the world and we’re happy to be able to assist in providing a first class championship for them to display their talents at a domestic level.

“We’re looking forward to working with the AORC team for another successful year.”

Championship Coordinator Denise Hore expressed her thanks to Yamaha for their continued support.

“We’re very thankful to Yamaha Australia for their extremely generous support of the AORC.” She said.

“Without their generosity there is no way the AORC could continue in its current format, each year our partnership with Yamaha gets better and better and we can’t wait to see what 2015 will bring.”

Next year’s championship kicks off in Queensland in March before rolling through to Victoria, South Australia, back to Queensland and the final four rounds will take place in New South Wales.