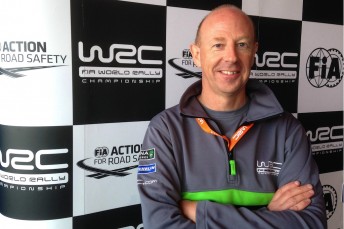 WRC Promoter, the company responsible for all commercial aspects of the FIA World Rally Championship, has appointed Mark Wilford as its PR and Communications Manager.

Wilford has more than 25 years’ international motorsport experience in journalism and public relations. He takes up his appointment with immediate effect.

After training as a journalist, Wilford worked at several regional newspapers in England, winning a national sports writers’ award.

He also covered rallying in Britain for several national newspapers.

He has worked at over 250 WRC rounds.

Wilford’s motorsport experience also includes Formula 1 and World Touring Cars and he has written for the WRC’s official website since the start of 2013.

“He is a well-known and respected face within the WRC community and possesses vast experience of working alongside key stakeholders
including the FIA, teams, media, rally organisers and sponsors.

“His appointment will strengthen our team as we continue to progress in our objective of increasing the WRC’s global exposure for the benefit of the sport’s fans and commercial partners,” added Ciesla.