WRC and DJI team up in FIA World Rally Championship

WRC and DJI team up in FIA World Rally Championship 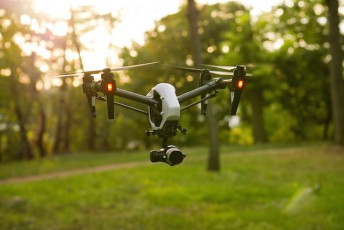 MEDIA RELEASE: WRC Promoter has signed an agreement with DJI for the world’s leading aerial imagery company to provide footage for the FIA World Rally Championship.

DJI’s innovative drone and filming technology will provide spectacular aerial footage to showcase the excitement of WRC to fans in the championship’s TV programmes.

From the start of the 2016 season at Rallye Monte-Carlo (21 – 24 January), DJI’s drone pilots will work with WRC TV at all 14 rounds to generate exciting action footage from angles not typically seen by viewers for integration into broadcasts.

“DJI is very proud of this sponsorship with one of the world’s leading motorsports series,” said Martin Brandenburg, DJI’s marketing director for Europe. “Speed, precision, emotion, professional sport and innovative technology are hallmarks of the WRC. This combination fits perfectly with DJI’s core brand values.”

“WRC generates powerful and vivid imagery in amazing landscapes around the globe and we strive to bring the excitement and drama from the stages to fans in our programmes. To do that we require advanced technology that reliably delivers high quality footage under constantly changing and challenging conditions.

“The pictures from DJI’s drones will provide a new viewing experience, enabling fans to watch the action from a different perspective and make WRC programmes even more spectacular,” he said.

Fans attending WRC rounds will also have the chance to experience drone technology for themselves at DJI’s booth in the rally service parks.