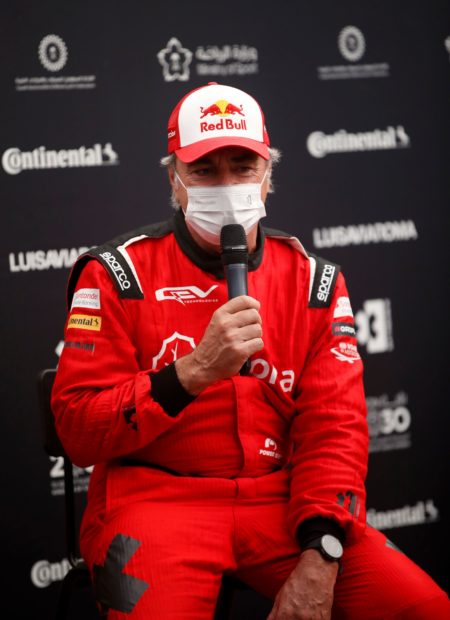 This weekend’s race (29-30 May) at Lac Rose, Dakar, on the West Coast of Africa, will help draw attention to the impact of climate change. Lac Rose is a UNESCO natural heritage site and only a few dunes now separate it from the Atlantic Ocean due to global warming.

“We are delighted to be supporting Extreme E in their goals to help tackle climate change,” said Brian Hammond, Co-Founder of Henosis Masks. “Millions of single-use facemasks containing microplastics, which take up to 450 years to break down, are thrown away every day – the damage to the environment is huge. Fully compostable facemasks can help reduce that threat while safeguarding people’s health and protecting our planet.”

Henosis Masks use plant-based products made from compostable polylactic acid. They contain no petrol-based additives and do not emit any toxic by-products when disposed through any regular waste streams.

Extreme E is an FIA-sanctioned international off-road competition that uses electric SUVs to race in remote parts of the world while working alongside governments and NGOs in each location to implement educational and community-based programmes to help combat climate issues such as desertification, plastic pollution, melting glacier ice, rising sea levels and deforestation.

The five-race series moves to the Arctic X-Prix in Kangerlussuaq, Greenland (28-29 August); the Amazon X-Prix in Santarém, Pará, Brazil (23-24 October); and culminating with the Glacier X-Prix in Tierra Del Fuego, Argentina (11-12 December).