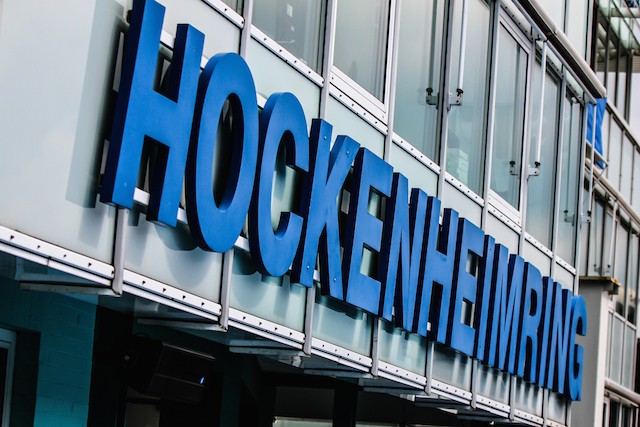 MEDIA RELEASE: Round two of the FIA World Rallycross Championship presented by Monster Energy takes place at the famous Hockenheimring later this week (6-8 May) as the World RX teams and drivers compete alongside the DTM German Touring Car Championship for a weekend of exhilarating motorsport action.

Twenty-one 600bhp World RX Supercars will compete at the specially-constructed rallycross circuit within the famous Sachs Curve at Hockenheim including reigning World RX Champion and round one winner, Petter Solberg.

Solberg took the win at the inaugural Hockenheim RX last year, ahead of Reinis Nitiss and Timmy Hansen who finished second and third respectively.

Solberg will be joined by a host of other rallycross talents including last year’s Championship runner-up Hansen plus 2016 newcomers Sebastien Loeb and Ken Block.

On top of the 17 permanent teams and drivers, France’s Davy Jeanney and Sweden’s Kevin Hansen will embark on their second outings of the year in the Peugeot Hansen Academy team, while Austria’s Max Pucher and France’s Jean-Baptiste Dubourg will both make their first starts of the season.

Hockenheim will also form the season-opener to this year’s RX Lites Cup – a one-make series for identical 300bhp, four-wheel drive racecars that appears at seven of the World RX events and which provided career steps for Kevin Hansen and permanent Supercar driver Kevin Eriksson.

The driver with the busiest schedule of the weekend, however, is EKS driver Mattias Ekstrom who will compete in both World RX and DTM. “To race in both series is a great challenge, but I love these kind of challenges,” explained Ekstrom.

Although the busy EKS boss did not compete at Hockenheim last year, he was able to test the track at an official test last month: “They’ve made a lot of improvements and I like the track. The starting area is on a drag strip, which is very slippery in wet conditions, but after our two-day test in Holjes, I’m really confident.”

Paul Bellamy, World RX Managing Director for IMG, commented: “We have created an exciting schedule of races this weekend at the renowned Hockenheimring – and we can promise even more rallycross action as the RX Lites drivers join us for the first time this season.”

From a Cooper Tire point of view.
Paul Coates, General Manager – Motorsport, Cooper Tire Europe, commented: “For 2016 there is a revised track layout at the Hockenheimring. We have monitored wear rates in the initial World Rallycross tests here this season to determine the levels of expected abrasion. From the data that we have collated, we are confident that the tyres should run well within the suggested 120°C upper temperature limit.”