World RX and Euro RX heats to run separately from 2016

World RX and Euro RX heats to run separately from 2016 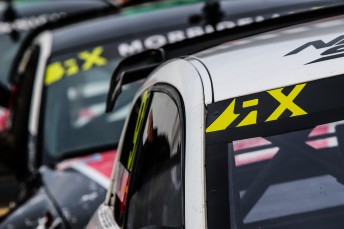 MEDIA RELEASE: FIA World Rallycross Championship presented by Monster Energy events that include both World RX and Euro RX will feature separate heats for each championship from 2016 onwards.

The move to distinguish the two FIA Championships recognises the rapid growth of World RX which has achieved an increased number of entries since becoming a fully sanctioned FIA World Championship two years ago.

Euro RX ran alongside the World Championship in 2014 and ’15; its winner declared purely on points scored in the qualifying heats in 2014. All Supercar drivers continued to race each other during the qualifying heats in 2015 when the two championships had dedicated semi-finals and finals, the separation at that stage reflecting the progress of both World RX and Euro RX.

With each championship offering consistently competitive fields, heats and finals will be run separately within the joint events in 2016, a move that offers competitors, fans and media a better experience as well as a clearer narrative of the progress in each competition.

Euro RX will feature at five of the 12 World Championship events in 2016: Belgium, Norway, Sweden, Barcelona and Latvia.