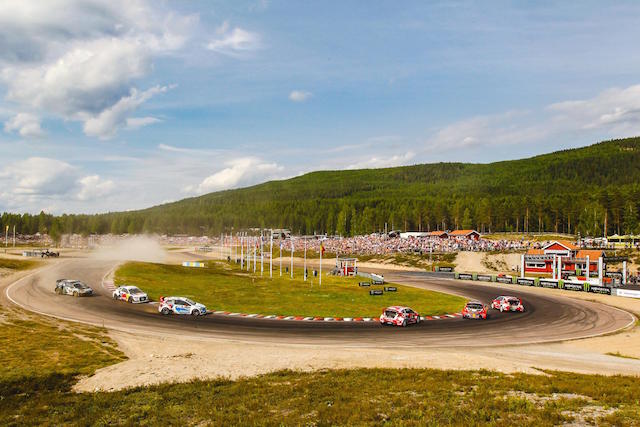 MEDIA RELEASE: The FIA World Rallycross Championship presented by Monster Energy has signed a new three-year deal with Holjes, which will see the iconic rallycross circuit remain as host of the Swedish RX round.

The announcement was made at a press conference in Karlstad earlier today [Thursday 29 October].

Earlier this year Holjes celebrated its 40th anniversary since the first rallycross meeting was staged at the venue.

Sweden has a rich rallycross heritage: it was the first of the Nordic countries to embrace the sport and remains the only country to have hosted an event in the European/FIA Championship since it began back in 1973.

“With so many Swedish drivers competing in our Championship as well as the high number of mainstream media who visited Holjes earlier this year, it’s clear that rallycross is going from strength to strength in this area of the world.

“We are looking forward to working with Morgan and his team in helping to create an even better event from 2016 onwards.”

Finnskoga MK Chairman Morgan Ostlund added: “We are delighted to continue our co-operation with IMG. Our goal is to make rallycross the most popular form of motorsport in Sweden and I firmly believe we have all the ingredients now in place to make this happen.”

The 2016 World RX of Sweden is scheduled to take place in its traditional first weekend in July.