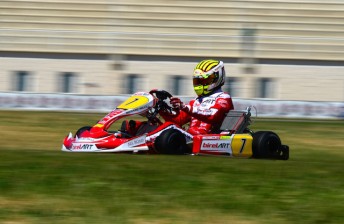 MEDIA RELEASE: 2012 World Cup Champion Jordon Lennox-Lamb will make his Australian debut at Round Four of the Australian Kart Championship presented by Jayco and Castrol EDGE.

The Englishman will line-up with the Gold Coast-based Patrizicorse outfit in the highly competitive X30 class for the next weekend’s event in Ipswich, Queensland.

Lennox-Lamb, a factory driver for the BirelART team in Europe, will be one of nine

International competitors who will take on Australia’s best kart racers at the event.

“I’m really looking forward to racing in Australia, I’ve heard a lot about the Country but have never had the opportunity to visit it before,” said Lennox-Lamb.

“I’ve raced in many parts of the world and people tell me how great Australia is and that the competition is pretty tough.” 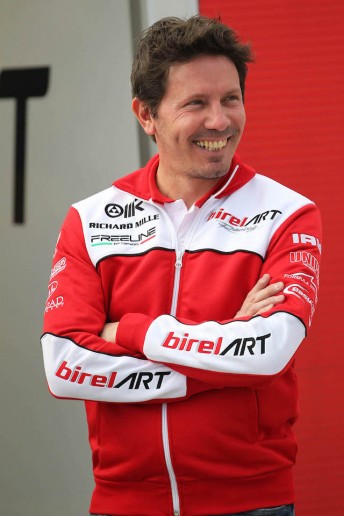 For Patrizicorse boss, Michael Patrizi, the opportunity to have a driver to Lennox-Lamb’s calibre join his team for the event is a significant boost.

“As a team we’re continually aiming high, so to have Jordon join us for the round in Ipswich will be another great learning experience for our drivers,” said Patrizi.

“We’re coming off a great one-two-three finish at the previous round in the KZ2 class and a victory in X30, so we’re in a good place but the involvement of Jordon and some other drivers from Singapore will take us to another level next week.”

BirelART President Ronni Sala ,who will be trackside at the Australian Kart Championship for the first time, will accompany Lennox-Lamb for his visit from his Italian base to Australia.

“I’m very much looking forward to heading to see everyone in Australia. I’ve only been there a couple of times and never to Queensland,” said Sala.

“Australia is a very important market for the BirelART and Ricciardo Kart brands and over the past couple of years we have achieved some great results. I’m excited to see our Australian drivers in action.”

More than 220 drivers will line up at the event across nine classes with teams beginning to arrive this weekend for testing ahead of official practice which will be held on Friday July 1. Qualifying will be contested on Saturday morning followed by the heat races in the afternoon and the Finals on Sunday July 3.