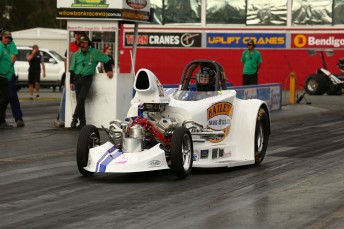 MEDIA RELEASE: Willowbank Raceway will play host to more than 100 local drag racers this Saturday (11 July) for the third round of the Queensland Drag Racing Championships.

Although Saturday is only the third round of a seven round series, the championship battles are already starting to heat up.

Top contenders in a number of brackets are only separated by minimal points, with contenders in the Powercruise Super Sedan and Super Gas brackets currently tied in points.

Willowbank Raceway CEO Tony Manson said the success of the QDRC demonstrates the importance of sportsman level racing for not only South East Queensland’s racer community, but also for the facility at Willowbank.

“The Queensland Drag Racing Championships over hauled how we ran our track championship when we introduced the series in 2014; it continues to grow from strength to strength, and has a strong future at the track” said Manson.

“Triple digit entry lists are commonplace and we are seeing intense competition and action at each and every event.

“The QDRC is exceptionally important to Willowbank Raceway, providing our local heroes a place to prove their mettle and fight it out for a prestigious QDRC trophy amongst the best competitors that the area has to offer, and even some that travel from afar – we have competitors from Tasmania, Victoria and New South Wales joining racers from all over Queensland this weekend.

“If you are looking for great racing action and affordable family fun – the QDRC at Willowbank Raceway is definitely worth a look this Saturday!”

This Saturday’s action follows on from the successful running of the latest round of the Street Series and the All Bike Day at the weekend.