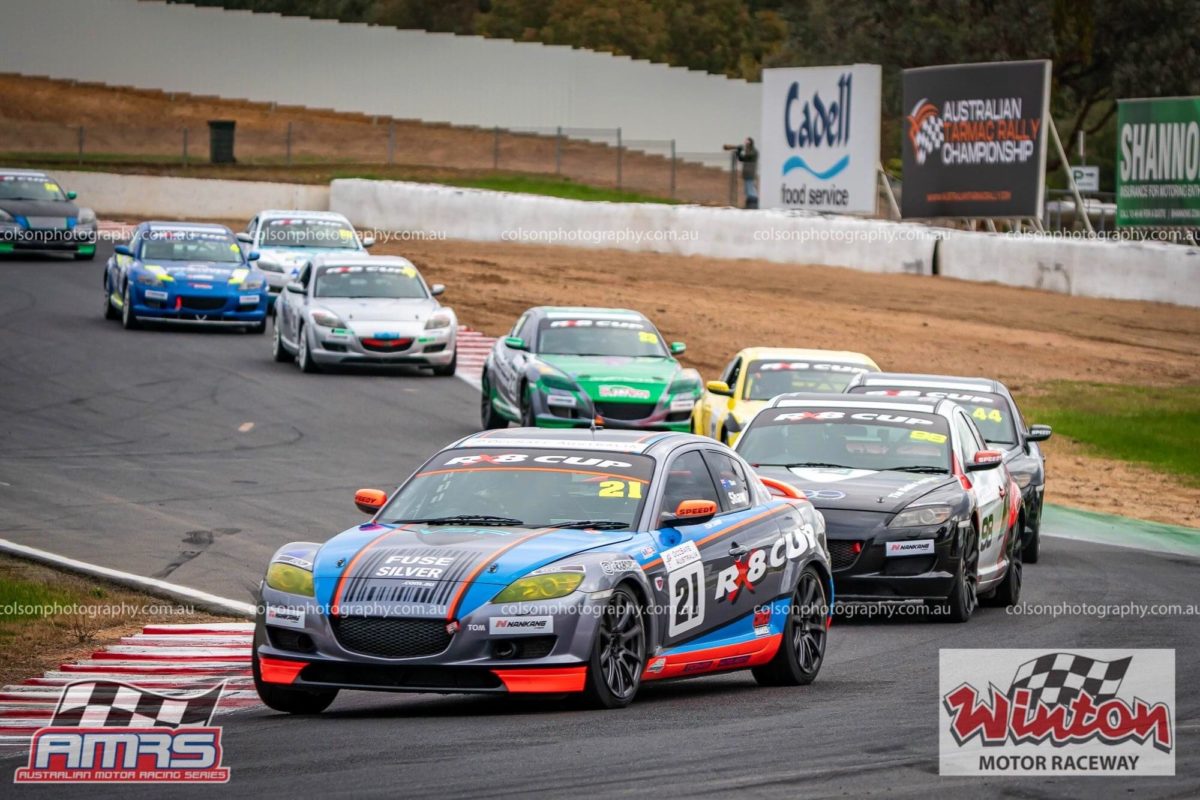 Winton Raceway greeted the Occsafe Australia RX8 Cup Series, for their 3rd round of the 2022 season as part of the Australian Motor Racing Series on June 10-12th. The round saw a great field of 24 cars take to the track for Practice, Qualifying and 4 races over three days with only a small number of drivers having ever driven the circuit before. Qualifying saw Tom Shaw set the new RX8 Cup lap record at Winton with a 1:37.2 ahead of young gun Thomas Duncan in second and third place debutant to the series Tim Berryman.

Race 1 saw Tom Shaw take the win ahead of Justin Barnes who edged out Thomas Duncan for second place who later was penalised 5s dropping him behind Matthew Butters ahead of Shannon McLaine.

Justin Barnes led Race 2 from Matthew Butters then came Tom Shaw. Maisie Place was forced off track with front end damage which resulted in a large oil spill at the final corner. This would cause several front runners to slip up on the next lap due to no oil flags being present. Barnes took the race win with McLaine second ahead of Tom Shaw in third.

Race 3 saw Barnes lead the field away for the majority but It would be Tom Shaw who came through the field after dropping back to 4th off the start to seal the race win. Second place went to McLaine, Third to Jack Pennacchia followed by Duncan and Barnes dropping to 5th.

The series now has a short break before heading to Sydney Motorsport Park on August 5-7th.

Championship Standings after round 3 Winton