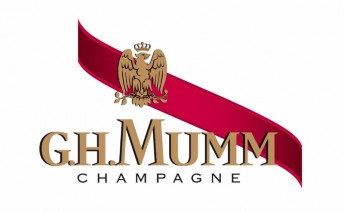 Champagne House G.H.MUMM has partnered with the V8 Supercars Championship as the official Champagne for all podium victory celebrations.

The partnership will begin this weekend at the Perth SuperSprint, where winners will take centre stage with the famous champagne as they toast their victories.

G.H.MUMM is synonymous with victory celebrations, having been the Official Champagne of Formula One™ for over 10 years.

Driven by shared values of passion and commitment, V8 Supercars and G.H.MUMM are in perfect alignment as partners, both focusing on performance, pushing boundaries and the quest for excellence.

V8 Supercars drivers are on a constant quest for perfection, with victory as the ultimate goal.

They now get the opportunity to enjoy even greater spoils, with the Champagne that has been an icon of victory since 1827.

Sladjan Maksimovic, Marketing Manager – G.H.MUMM, says that partnering with a successful sporting icon like V8 Supercars, and being a part of the famous victory ritual at every Championship event is fantastic for the famous brand.

“G.H.MUMM is proud to be part of an iconic expression of victory on the V8 Supercar winner’s podiums, sharing those moments with Australia’s fastest men and the sport’s great champions,” Maksimovic said.

“G.H.MUMM pays tribute to the driver’s absolute precision and their team’s quest for perfection that drives them and G.H.MUMM to excel.”

“V8 Supercars, like G.H.MUMM, is at the top of its game. As the best touring car Championship in the world, coming second is not an option and that’s what we are all about”, said Warburton.

“To have G.H.MUMM as part of the iconic podium celebrations is a natural fit, as our greatest V8 Supercars drivers and teams get to celebrate their victories with the finest champagne. It’s a winning combination.”

The Perth SuperSprint begins this Friday, with two 60km races on Saturday and a single 200km race on Sunday.

Tickets are available from www.ticketek.com.au.