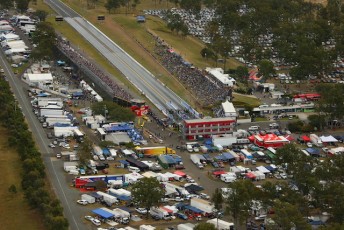 That first event, on the weekend of September 28 and 29, 1985, came after a construction period of almost four years by a group of racers.

That group, led by Willowbank Raceway’s first manager Dennis Syrmis and former president (and current board member) John Winterburn, realised a viable alternative was required for Surfers Paradise International Raceway, which at that time was the only drag racing facility in South-East Queensland. 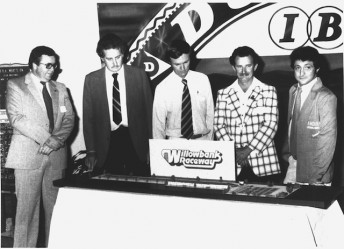 “Their foresight and hard work meant that South Queensland avoided the disruption experienced by the sport in both Sydney and Melbourne when their major tracks were closed to drag racing for periods of time,” explained Willowbank Raceway President Tony Wedlock.

“They saw in the early 1980s that the Surfers Paradise venue would not last forever and indeed this wisdom was proved correct when in 1987 that facility was suddenly closed.

“This milestone is really the achievement of each and every person who has volunteered and played their part in making Willowbank Raceway the hallowed ground that it has become within the sport of drag racing in this country.

“From Dennis and John and the five others who put their houses and livelihoods on the line to build this facility, the dedicated volunteer crew that worked with them and to the staff and volunteers who work so hard alongside the board today to ensure the venue continues to prosper – their dedication and hard-work is a credit to them all.” 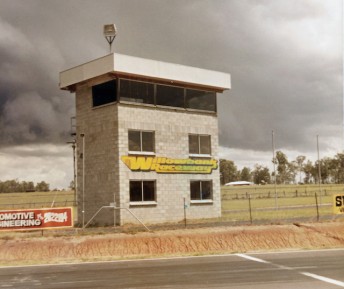 From the very beginning when it was built by racers, Willowbank Raceway has placed priority upon racer involvement in its management.

“The venue was built and operated by racers in 1985, and today it is still the case that racers – both current and former competitors and also those now serving as volunteer officials – play a key part in overseeing its operation,” said Wedlock.

“It has always been very important to us that our board consist of mainly racers and those involved in our sport as officials, with a focus on delivering consistent and high-quality events to both racers and spectators in conjunction with our very good team that run the facility on a day-to-day basis.

“As we celebrate 30 years, we are pleased to be able to take this opportunity to acknowledge the enormous contributions of those who developed the concept for the track, and then went on to build it, as well as those who work hard to ensure its success today.”

While from the very beginning it was clear that Willowbank Raceway’s purpose was to ensure a place to race for South East Queensland’s drag racing brethren, profitability has always been critical to the continued successful delivery of that goal. 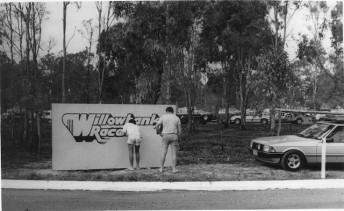 A dedicated group of volunteers built the Raceway over four years

“Dennis Syrmis said right from the start that while we were providing a place to race, it was a business and had to be operated as such,” said Wedlock.

“Whatever people think about how the Raceway is run today, it is an undeniable truth that it cannot survive unless it is profitable, and so the board remains focused on ensuring that is the case.”

As alluded to by Wedlock, the sport and marketplace within which Willowbank Raceway operates has changed a lot since its early days, bringing both triumph and challenge to the venue and its management.

For instance, the track has boasted for some time the honour of being the quickest quarter-mile facility outside of North America; while conversely has endured enormous financial strain when its largest event – the Fuchs Winternationals – was rained-out four times between 2011 and 2013.

“In those 30 years, Willowbank Raceway has certainly seen much change, many triumphs, and considerable challenge,” said Wedlock.

“While in recent times in particular there have been some difficult issues facing all of us, there is a lot to be optimistic about as we consider our 30 years past and the next 30 years ahead.

“We are now in the early years of a new 30 year plus 30 year option lease with the Ipswich City Council, who have some exciting plans for the Ipswich Motorsport Precinct. We are also working with them to bring about improvements to our facility. “These initiatives, together with a new focus on the National Championship by both Australian Professional Drag Racing* and the Australian National Drag Racing Association, fill us with confidence that the sport will grow and prosper in the years to come.

“The future of drag racing in South Queensland has never looked brighter or more assured for the generations to come, and as we move into this new era, the board of Willowbank Raceway will continue to be driven solely by what is considered best for the track and for drag racing as a whole, as it always has.”

*Australian Professional Drag Racing is a consortium of Group 1 racers and Australia’s three major Drag Racing venues (Sydney Dragway, Perth Motorplex and Willowbank Raceway). APDR has announced a new-look Group 1 series that brings with it many benefits and which should strengthen the sport of Drag Racing in Australia.