Noel has previously raced in the 2015 & 2016 Track Attack Excel Cup series and currently is still involved in the series as crew for Darren Currie. 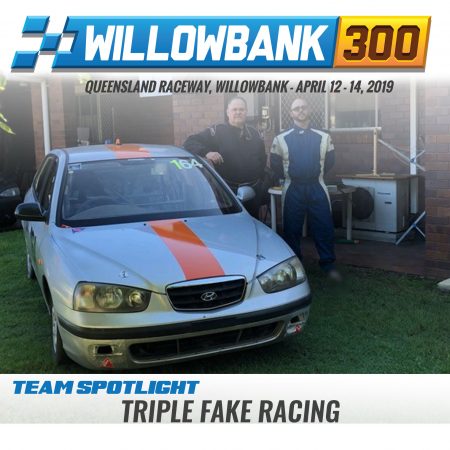 Having a background in the Excel series Noel ran an Excel in many of the cheap car challenges such as Notta Grand Prix and the 24 Hours of Lemons in 2017 & 2018, as well as the second half of the 2017 Queensland Endurance Championship, the Lakeside 300.

Dan has been a co-driver with Noel’s team through 2017 with a background in sprinting, Notta Grand Prix and 24 Hours of Lemons, and is looking to make a mark in his first big race at the Willowbank 300.

Car 164 was previously a 24 Hours of Lemons car which has been upgraded over the previous 3 months to meet the safety requirements for the QEC and Willowbank 300, as well as the upcoming Inidanapples 500.

Think you have what it takes to win the Willowbank 300? Entries open now:
https://racers.world/my-account/event/entercat/2233