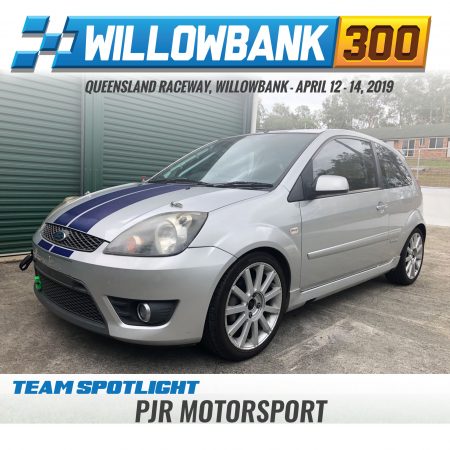 Coming off of a strong 2nd overall finish in the 2018 Queensland Endurance Championship John Sheridan (AKA Pommie John) is back for the 2019 QEC in a new car. John is a multiple race winner in the Track Attack Excel Cup, and this season John is stepping away from the Excels to concentrate on the enduro series and running the XR4 in the open Sports & Sedans and Improved Production series.

Jayden Falkner has competed in the Track Attack Excel series and also as a regular co-driver with John Sheridan in the Track Attack feature enduro race placing 5th in last season’s Bush Ranger 200. Jayden was involved in last season’s successful QLD Enduro campaign in an Excel placing 2nd with John Sheridan & Dan Ross. Jayden has only had a few laps to get comfortable with the new XR4 and will be jumping straight into the race seat with very little knowledge of the car.

Having moved on from last years Excel, the team is hitting the track in a newly built Ford XR4 built from a road registered car, which is running in stock condition with some minor suspension upgrades. Data from the Willowbank 300 will be used to make additional power and handling upgrades for the 2019 Lakeside 300.

Think you have what it takes to win the Willowbank 300? Entries open now:
https://racers.world/my-account/event/entercat/2233