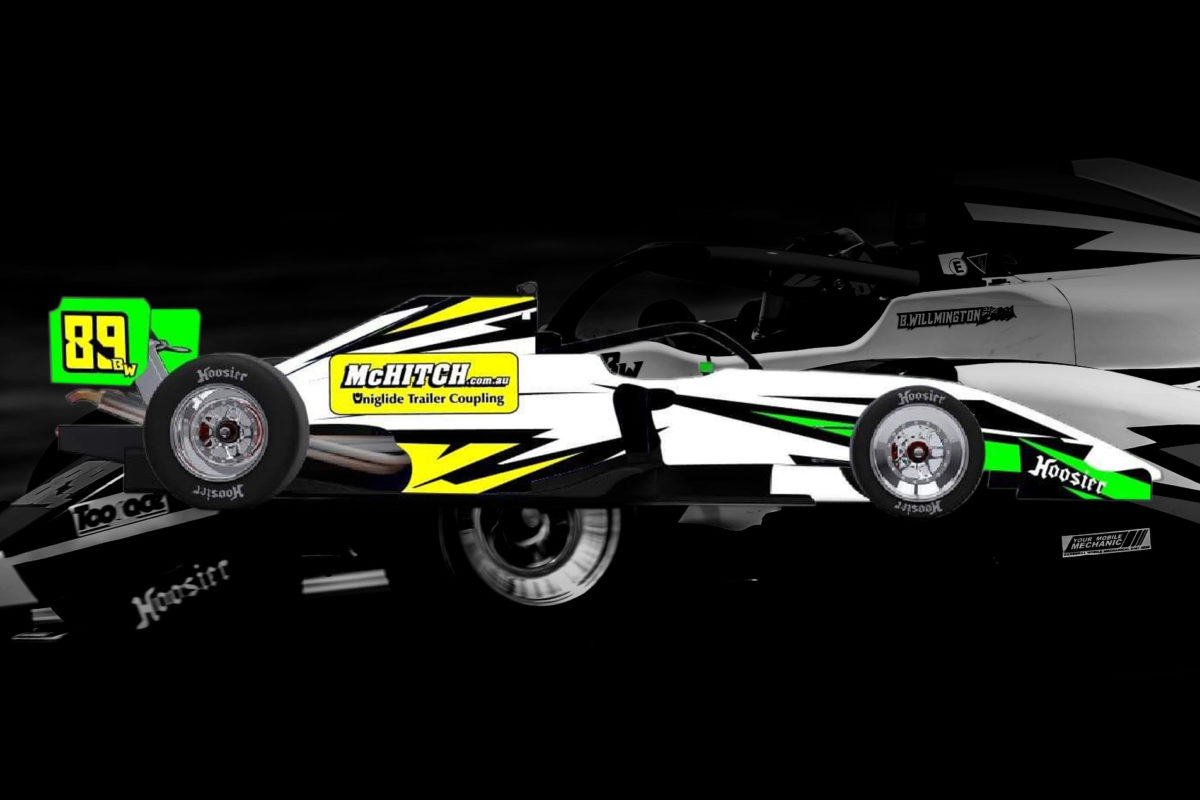 Braydan Willmington has secured support from McHitch Uniglide Trailer Couplings for his entry in the VHT S5000 Australian Drivers’ Championship.

McHitch is no stranger to motorsport sponsorship, or the Willmington family’s racing endeavours, having backed Garry Willmington (Braydan’s father) and his touring car efforts through the 1980s and 1990s.

McHitch Uniglide Trailer Couplings has been developed to be an all-purpose coupler for all types of caravans and trailers, including off-road campers, car trailers, horse trailers, tip[ping trailers and other general towing needs.

Willmington, who recently tested his #89 S5000 at Sydney Motorsport Park, is pleased to welcome McHitch back into the Willmington fold.
“It’s great that McHitch has come on board and supported our entry in S5000,” said Willmington.

“And it’s great that there’s a family tie. McHitch used to support Dad’s racing, and now they are supporting me.

“Despite some of the unknowns with the season due to COVID-19 and the events in the world, it’s very refreshing to have a business committed to our program.

“Once we get the car wrapped, I reckon our car will look pretty good.

“We’re also going to get our transporter wrapped as well, so our whole program is taking a big step up in terms of its presentation.”

Willmington is hopeful of getting at least one more test in before the season kicks off, whether that is at Bathurst, before or after.

“It had been a while since I’d been in the car, so we went to Sydney Motorsport Park recently, just to remember how to drive it,” he said.

“The aim is to get some more testing in before Bathurst. I want to be as prepared as I can for the first event, especially if it ends up being at a place like Bathurst.

“Other than that, I’ve been keeping myself busy by getting some sprintcar engines rebuilt, and doing some work to our dirt cars. And I’ve also been doing some racing and track laps down at Marulan, which has been a bunch of fun.”