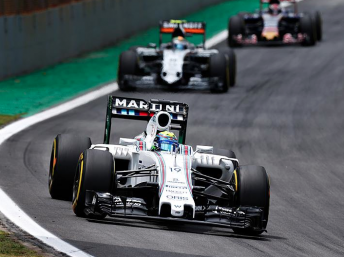 MEDIA RELEASE: Williams is pleased to announce that it has signed a renewed partnership agreement with Wihuri, one of Finland’s most respected business enterprises, for the 2016 Formula One season.

Over the past century, Wihuri has grown from a small family business into a diversified global enterprise which operates in 20 countries. It is still owned by the family that formed the company 110 years ago. Wihuri first became a partner of Williams in May 2012, but their heritage in motorsport sponsorship dates back to the 1970s.

Juha Hellgrén, President and Chief Executive Officer of Wihuri, commented; “The team is continually working to improve its performance, and Valtteri is gaining more experience every race. Our customers love the F1 spirit and we all hope for even more success during the coming 2016 season. Wihuri is thrilled to be continuing its partnership with Williams Martini Racing and we are proud of everything that we have achieved together so far”.

Claire Williams, Deputy Team Principal and Commercial Director of Williams, added; “We have received fantastic support from Wihuri over the past four seasons and we are delighted to confirm that they will be continuing as a partner in 2016. Wihuri has deep historical roots in motorsport and this knowledge and passion allows us to create exciting marketing campaigns together. With their countryman Valtteri Bottas behind the wheel of the FW38, we look forward to celebrating more success together.”