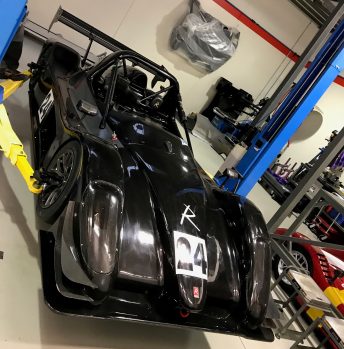 The Australian Prototype Series will charge into Winton Motor Raceway this weekend, round two of the 2017 series to be contested alongside the Shannons Nationals event at the country Victorian venue.

Following a competitive season opener at Sandown in April, the APS heads to the twisty 3.1km circuit with the form guide thrown out of the window following the first three races of the year.

A combination of wet and dry weather at Sandown shook up the running order, with the Radical entrants in particular storming to the front in the second and third races of the opening round, when the heavens opened.

Phil Hughes won the opening round thanks to victories in both Sunday races in his Radical SR3.

His win came despite gearbox issues in his privately-run Radical – a car he purchased years ago with the late Allan Simonsen – and only three years after making his racing debut.

That came after Mark Laucke charged to pole position and the first victory of the season on Saturday.

“All the Wests are dry-weather fliers, in the wet they are so light, they just can’t get any adhesion so the Radicals swarm all over us,” Laucke explained following the opening round.

“There is nothing we can do about that. It is the weight, and also with the weight their suspension becomes a little more compliant.”

The varieties of performance in different conditions make the APS truly unique – making predicting results ahead of any given weekend a difficult challenge.

“With the different performance characteristics of the different cars what we will see is extra interest for drivers and for spectators and racing that is both more fun to watch and compete in,” Laucke explained.

“The racing at Sandown was fun, clean and enjoyable to be involved in and to watch.”

With Crampton missing this weekend’s racing, Laucke sits in a prime position to challenge the early series leader – especially with dry weather forecast this weekend.

The Winton entry list won’t make picking a winner at Round two any easier, with key frontrunners ready for a big weekend and several returning faces set to mix things up at the pointy-end.

While Hughes leads the Radical class, Chris Sutton will return to the series having finished third in that category – and fourth outright – at Sandown last time out.

They’ll be joined by APS rookie Philip Tan, who has entered his sinister jet-black Radical SR3 for the first time.

Several familiar names round out the Winton grid, including the ever-competitive Aaron Steer – who will look to challenge for outright victories in the P1 class.

After spectating at Sandown’s season opener, Jonathan Stoeckel will return to the track this weekend, as will South Australian Gerrit Ruff – both entered in the P2 Kumho Cup class.

He won all three races at the Shannons Nationals’ Winton Event in the predecessor to the APS last year, while Aaron Steer finished second in each race.

Round two of the 2017 Australian Prototype Series will feature three races this weekend, two of them on Sunday to be shown live within the Shannons Nationals live stream.

The free coverage will be available via the APS website and Facebook page, the Shannons Nationals website and social media or the MotorsportsTV live app for iPhone and Android platforms.