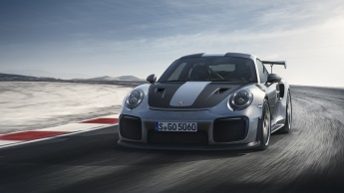 Porsche Cars Australia has teamed with Xbox Australia and Michelin to provide one of the greatest hot lap experiences on offer – a ride in the Porsche 911 GT2 RS alongside Porsche Ambassador Mark Webber.

The exclusive prize is part of a promotion for the recently released Forza Motorsport 7, now available on Xbox One X, in which the 911 GT2 RS – Porsche’s fastest ever road-going 911 – features as the hero car.

Entrants must play Forza Motorsport 7 between November 06 and December 01 and, via Xbox.com, explain in 25 words or less why they are worthy of a hot lap with Webber in a 911 GT2 RS – a car which recently lapped the 20.6km Nürburgring-Nordschleife in a road car record time of 6 minutes and 47.3 seconds.

This unique prize will be available to five winners, who will each receive a flying lap around the Albert Park Grand Prix Circuit alongside the former Formula 1 race winner and World Endurance Champion. The prize also includes airfares and three nights’ accommodation, a Mark Webber meet and greet, a scale model Porsche and an Xbox One X console.

For those who did not receive one of the five major prizes on offer, an additional five Xbox One X consoles are available for five lucky runners up.

“At Porsche, we’re thrilled to team with Xbox and Michelin to be part of this promotion and provide such a unique experience – placing one of Australia’s greatest ever race drivers in our fastest ever 911 at the world-famous Albert Park circuit,” said Porsche Cars Australia Director of Marketing and Motorsport, Toni Andreevski.

“Very few people have the opportunity to ride in a high performance sports car at its limits, so we’re excited to give this exact experience to five lucky winners in our fastest ever 911 – the GT2 RS – in the very capable hands of Mark Webber.”

Jeremy Hinton, Xbox Business Lead at Microsoft Australia is proud to announce the promotion befitting of the latest release in the Forza series.

“Forza Motorsport 7 is one of the most comprehensive, beautiful and authentic racing games ever made and it’s great to partner with Porsche and Michelin for such a promotion that encapsulates the thrill and excitement experienced by the game itself,” said Hinton.

“Our lucky prize winners are in for a treat – riding alongside Mark Webber at the wheel of the astonishingly fast 911 GT2 RS is certainly a prize worthy of such a racing game, which provides a sensational 4K racing simulation on the world’s most powerful console, the Xbox One X.”

Michelin Australia Marketing Manager, Tim Hoare, added: “We are very excited to partner with premium brands such as Porsche and Xbox for the release of Forza Motorsport 7. Both brands share our passion and enthusiasm for motorsport, and the release of Forza Motorsport 7 presents an exciting opportunity for the Michelin brand. We hope that this is the first of many such collaborations in the gaming and e-sports space in the coming years.”