Wangaratta season to close with a bang, two Victorian Titles, a memorial and a demolition derby

Wangaratta season to close with a bang, two Victorian Titles, a memorial and a demolition derby 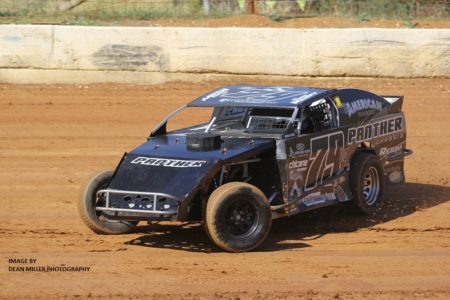 This Saturday night the Wangaratta Speedway season comes to a close in the biggest way, when three major race events headline the racing portion of the night before fans get sent home happy with a crazy Demolition Derby finale that involves a lot of race drivers trying to tear apart the car the Wangaratta Speedway Club’s President John Patton will be in.

Drivers from interstate have entered both the AMCA Nationals and the Compact Speedcars Victorian titles whilst drivers from around Victoria are nominated in the Club’s prestigious ‘Darren Levy Memorial’ for Sports Sedans.

From 5pm on Saturday fans will be able to sit back and enjoy a terrific event with twenty mostly 350ci powered V8 AMCA Nationals firing around the number one Speedway of the North East. The nominations list is a whose who of stars with Tim Reidy a gun Victorian, Matt Hardy of Queensland, Steve Price also from Queensland, Shane Cartwright of New South Wales, Daniel Brooks of Tasmania, Darren McCarthy from Mildura, Raymond Kime of New South Wales, and Dean Heseltine another from Melbourne and the names keep filtering all the way through the list. There is every chance a name we did not just mention wins the event. The Victorian title will be sensational for the AMCA Nationals, hold on to your hat’s race fans.

There is more though, with the 1000cc plus Compact Speedcars powered at this meeting all by motorbike engines providing a strong entry list also with Australian Champion Mark Heaton from New South Wales down to defend his Victorian title champion status against fifteen other race stars.

Victorian’s such as Justin Paull, Mark Cecil from the Goulburn Valley, Scott Thomson from Wangaratta, Ash Booker, Michael Conway, Tania Hallett, Mark Hutchinson, Daniel James another from the Goulburn Valley and Kyle Sharpe from New South Wales into a terrific event with so many drivers on track that could win the Victorian title.

In Sports Sedan competition the two time Victorian Sports Sedan Champion Jamie Paull has top billing in the line-up that includes North East born and raised Andre Meunier whom recently won at Daylesford, Shane Simpson who has just returned to the track and has a strong race car, Chris Fitzgerald, Joel Copeland, Rhys Collins, Matthew Brooks, Martin Heiner, and Nathan Shortis who are all extremely fast locals and some other out of towners keen to mix it with the North East’s best Sports Sedan racers. Winning the ‘Darren Levy Memorial’ is a big deal and whomever wins this one would have earnt it big time, with this line up.

Standard Saloons, Junior Sedans and a great field of Ladies Sedan races are the supporting classes for this Saturday night.

The Demolition closes the nights event with Codyy Shmal and John Patton amongst those in the event. Codyy recently suggesting he was going to retire from Demolition Derby’s for a while to concentrate on racing and Club President Patton who just last week returned to racing in amongst the protaganists.

The gates to the public open from Midday and racing begins from 5pm.