Wangaratta City Raceway begins this Saturday with something for everybody

Wangaratta City Raceway begins this Saturday with something for everybody 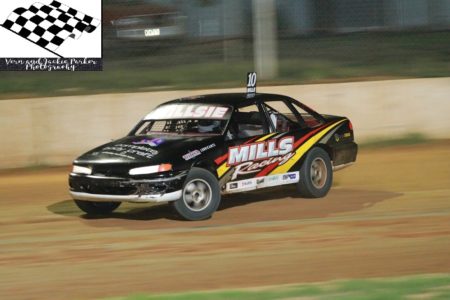 Racing at Wangaratta City Raceway resumes with a new season this Saturday night and the North East is very much looking forward to it after Wahgunyah begun last Saturday night. Dusting off after Covid is the Production Sedans with round one of their track series along with the beginning of the last series for the Sports Sedan Darren Levy Memorial.

The Street Stocks and Compact Speedcars will visit along with the Grand Prix Midgets along with Standard Saloons, Ladies Sedans and Junior Sedan racing.

Some of the best Production Sedan race drivers in Australia are entered with Trevor Mills from Corowa and Stephen Laidlaw from Morwell both two times national champions, Dehne Sparrow from Hamilton, and the McAllister brothers from the Goulburn area of New South Wales coming into Wangaratta to compete with Brendan Harper a Wangaratta member racer and Chris Lack a Wangaratta man who also is a former national champion of the class.

In Sports Sedans where we see eight-cylinder engines up against six-cylinder engines, the Darren Levy Memorial will end this season after some time of competing in honour of Darren. Former two times Victorian champion in the Sports Sedan class Jamie Paull is entered as is Josh Service and Andrew Jordan are tough to beat from Melbourne also. Locally Jay Nicolaisen, Craig Cottier, Nathan Shortis, Rhys Collins, and Matt Brooks are just some of the Wangaratta and surrounds drivers looking to pick up the win.

Club members Shane and Felicity Roycroft will compete in the Street Stocks having round up some of their friends from New South Wales to come down and compete also. The action should be terrific with a Victoria vs NSW battle for all to enjoy in a class that fans will see compete either left or right hand down depending on a coin toss at the gate. Shane Ardley third at the Blue Ribbon Hannabury Memorial last season will also figure strongly.

In the mostly motorbike engine powered Compact Speedcars, a thirteen-car field is a great start and all drivers keen to race on Wangaratta Speedway as a tune up to this year’s Australian title at the venue. Justin Paull, Mark Cecil, Louis Rodriguez, Daniel James, Michael Conway, and Tania Hallett are just some of the names in a strong entry list of competitors.