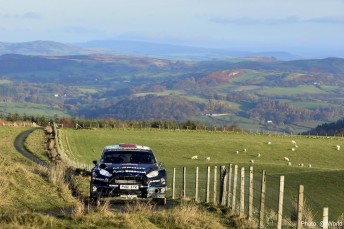 The organisers of Wales Rally GB are proud to announce that the November event has been shortlisted for a major accolade at the National Tourism Awards for Wales.

The UK’s round of the FIA World Rally Championship is shortlisted among just three finalists in the Best Event (Large) category – the winner will be announced at a special ceremony to be held at the Vale Resort, Hensol on Wednesday 25 March.

The annual awards showcase the very best in Welsh tourism from the best places to stay and eat, to Wales’ top businesses in the important tourism sector.

The judges in the Best Event category were searching for ‘events that really put Wales on the map’, notably those to have attracted visitors from outside the local area and helped raise Wales’ profile.

Evidence of a positive economic impact on the local community as well as a successful marketing and promotion programme, impeccable organisation and commitment to safety were also key factors in the selection process.

“We are honoured to have been shortlisted for this coveted award,” said Ben Taylor, Managing Director of Wales Rally GB.

“The rally makes a huge contribution to Wales on so many different fronts. As a high profile world championship event, it generates huge global exposure and attracts 80,000 visitors, the majority of whom come from outside Wales, who help to contribute more than £10m to the Welsh economy.

“The rally also makes a significant contribution to the community in the region, raising more than £40,000 for local charities and good causes, while more than 1000 Welsh students were inspired by a STEM event organised around the rally.

Even if we do not win the award, it is fantastic that the event has been recognised as providing a ‘unique, successful and unforgettable experience’ that helps to promote Wales on the international stage.” said Taylor.

This year’s Wales Rally GB (12-15 November) will again be based in Deeside, north Wales with the spectacular competitive action staged in the famous forests in and around Snowdonia.

Full details of the 2015 Wales Rally GB route will be published later in the year with ticket details announced at the same time.