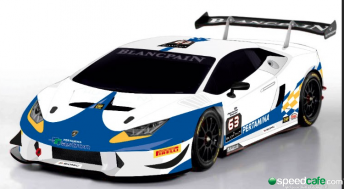 One car will be shared by Israeli Bar Baruch and Jia Tong Liang from China. Baruch joins the GT grid after two years honing his skills in the Italian Formula 4 Championship.

He made his GT racing debut with VSR last September taking a class victory at Vallelunga. Liang has four years experience in single-seaters and touring cars under his belt and 2016 will be his first season of racing in Europe.

The second Huracán will be an all Brazilian affair with GT specialist Fernando Croce pairing up with Nicolas Costa who continues his relationship with Lamborghini after racing for them in the Japanese Formula 4 Championship last year.