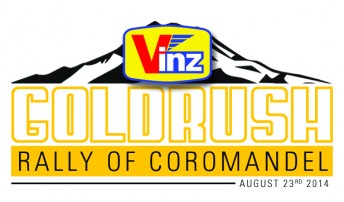 The newest event on the national rally calendar will officially be known as the VINZ Gold Rush Rally of Coromandel, with the announcement today of Vehicle Inspection New Zealand (VINZ) as title sponsor of the Whitianga based event on Saturday 23 August.

VINZ is a leading supplier of vehicle inspection and certification in New Zealand including warrant and certificates of fitness, vehicle appraisals and inspections as well as driver and vehicle licensing.

The VINZ Gold Rush Rally of Coromandel is the newest addition to the national rallying calendar and will take place on the rugged peninsula roads.

As chairman of Rally New Zealand, the organisers of the August event, Peter ‘PJ’ Johnston is looking forward to the new event and VINZ involvement.

“The Gold Rush Rally will be an all new challenge for the best drivers in the country on fantastic new roads,” Johnston said.

“We’ve had excellent support from the host area and the Thames Coromandel District Council who have been very welcoming of our event, and now to combine that with VINZ as event sponsor who are already a great supporters of our national series and passionate about rallying is a great synergy.”

VINZ CEO Frank Willett is excited by the companies increased involvement within the spectacular sport of rallying.

“I am proud to see our brand associated with such a high profile event as the NZ Rally Championship and to support an all new event on the Coromandel,” Willett said.

“Our company is passionate about NZ motoring and motorists, and our support of rallying is an extension of that.”

Entries for the August have already started flowing in from around the country with a top quality field of teams anticipated to contest the new event.

The VINZ Gold Rush Rally of Coromandel will take place on Saturday 23rd August and is the fifth round of the Brian Green Property Group New Zealand Rally Championship driven by VINZ. Based at the seaside town of Whitianga the event will be contested over nine special stages totalling 135km in competitive distance on the gravel roads of the Coromandel Peninsula.