Veal a class above on return

Veal a class above on return 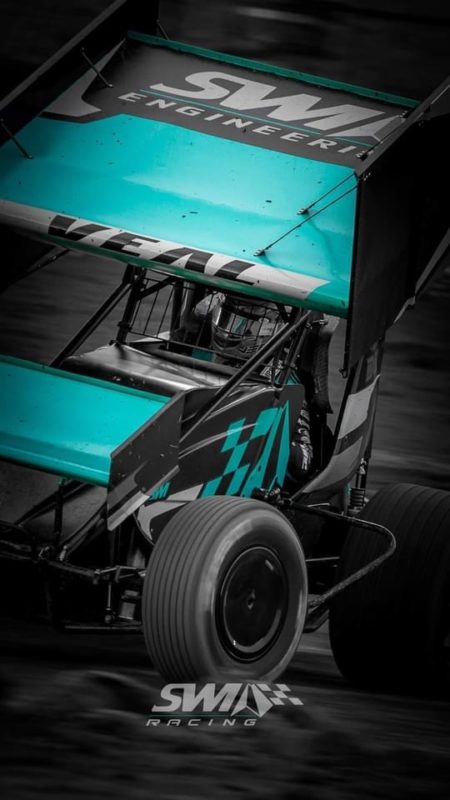 After a minor storm over the complex, it was time to officially open the season with qualifying which seen drivers pre seeded into three groups similar to the Easter trail format, meaning quickest drivers from qualifying would start from the front and invert for their second heat.

Veal would open his account early by taking full advantage of a front row start in heat 1, while Mollenoyux & McCullagh would follow suit in heat 2 & 3 respective.

Second round of heats sent the quicker drivers towards the back and welcomed a host of new heat winners which included recent feature winner at Tolmer Speedway Daniel Pestka after starting P4 along with 360 champion Brett “The Jett” Milburn picking up heat 5 win from P5 & Downing Brothers Racing Dave Murcott continuing the trend of winners from deep in the field in heat 6.

After a brief interval, enough time to grab the traditional Premier Speedway donut and no I don’t mean infield donuts after a feature win, I mean hot cinnamon donuts! But come to think of it James McFadden still owes us some from his 2020 Classic win!

As the sun set on a warm night in Warrnambool, the last chance to make the big dance the B main rolled out on track with the top four advancing through. A drama packed 20 laps seen Tim Van Ginneken come out on top with Stephen Spark, Glen Sutherland & Mitchell Smith all advancing through to the feature race.

20 drivers were set with 30 laps on the board come A main time, the four wide salute was welcomed sight for race fans as this being the first meeting back since March 2020.

McCullagh showed tremendous car speed early as he defended ongoing attacks from current Aus #1 Jamie Veal, caution lights would come on just before the halfway point, leaving 16 to run it was only a matter of time till lap traffic played a part in this one.

Racing resumed with a battle of positions swapping hands deeper in the field.

10 laps to go Veal pulled a slider which would claim the lead as McCullagh did all he could to stay within striking distance, Yellow lights would flash on once more with 5 laps to run with Tim Van Ginneken ending his night after transferring from the B main.

It was from then on, the top 3 had settled them self’s in for a five lap sprint home with Veal claiming victory on New Year’s day, second McCullagh while Murcott rounded out the podium.

Keep your eyes on Premier’s website and social media for updates on ticket sales.

Photo Credit: The Art of Speedway