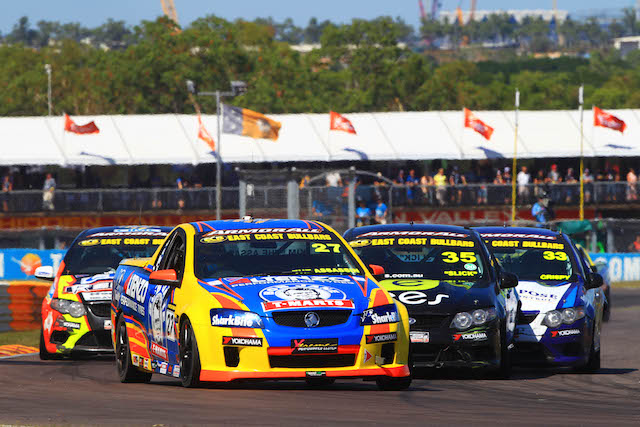 MEDIA RELEASE: With half of the season over, the East Coast Bullbars Australian V8 Ute Racing Series has delivered an increase in both on track crowd figures and TV ratings – both up in comparison to the same period from last year.

The expanded coverage this year, with all practice, qualifying sessions and races live on Fox Sports, coupled with the live races and one hour highlight shows on Network Ten’s free to air channels, has seen an overall increase of two percent in audience numbers.

V8 Utes has already reached over 2million viewers nationally and Category Manager, Craig Denyer, of SPHERIX is expecting an even higher return by the end of the season.

“V8 Supercars new TV deal has met with mixed fan reaction, however as far as we are concerned, our overall viewing numbers are up this year, compared to the same first four rounds last year,” Denyer said.

“The Perth and Darwin rounds were telecast live on Fox Sports only, with highlights on ONE HD, however overall the audience numbers are still ahead of 2014, and with all the major events like Bathurst still to come, each with two live races on TEN, we should see a significant overall increase by the end of the year.” 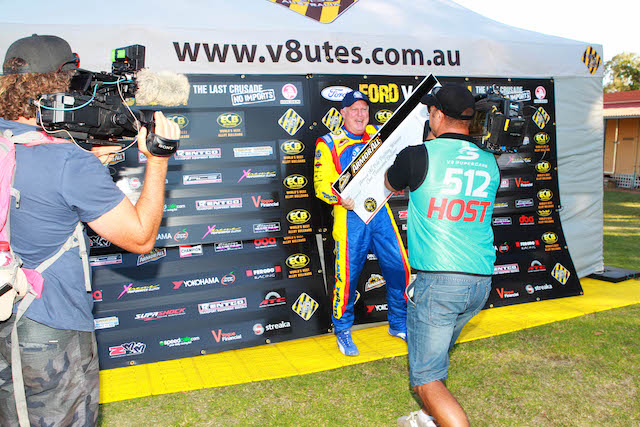 The on track crowd figures are also up from 2014, reaching extra 15,000 spectators, with the most significant events such as the Wilson Security Sandown 500, Supercheap Auto Bathurst 1000, Castrol Edge Gold Coast 600 and the Coates Hire Sydney 500 yet to add to the tally.

By the end of 2015, the V8 Utes will have over 40 hours of TV Coverage through Fox Sports (including replays), TEN Network free to air and TV3 New Zealand, almost 3 times the on air coverage of 2014.

“The statistics just go to show how much the fans love the V8 Utes, it’s great that after 15 years the Series is still going strong and has such a big following. The HD telecasts and live action from all sessions on Fox Sports add a real bonus for our teams and commercial partners, allowing plenty of time in each telecast to give the fans a much better understanding of the series, its competitiveness and its characters,” explained Denyer.

After a two month mid-season break, the V8 Utes will be back in action 11 – 13 September at the Wilson Security Sandown 500 for Round 5 of the 2014 East Coast Bullbars Australian V8 Ute Racing Series.