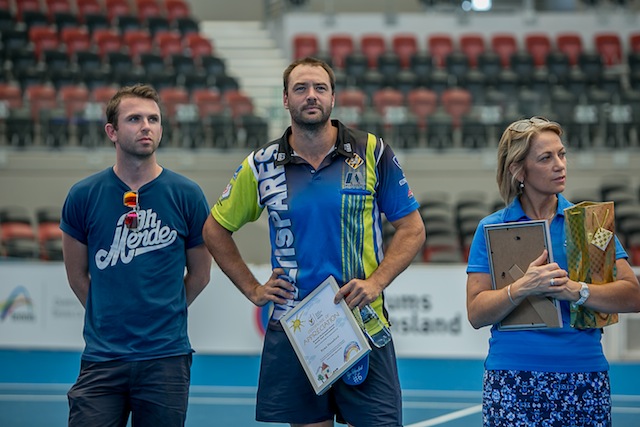 As part of the renewed alliance, Ryal “The Kid” Harris and Ryan Hansford donated their time to be auctioned off at the Liberty International Underwriters Corporate Tennis Day earlier in the month.

All funds raised from the Tennis Day went towards the Power of Love Campaign, which is working towards building the new Ronald McDonald House at South Brisbane. Business and Finance Manager, Steve Whitehead is looking forward to the continued relationship with Australian V8 Ute Racing.

“We are priviledged that Australian V8 Ute Racing has once again chosen Ronald McDonald House South East Queensland as their charity of choice for 2015,” he said.

“This important partnership will ensure that RMH SEQ is able to continue providing accommodation and support services to seriously ill children and their families at a time in their life when they need it the most.” 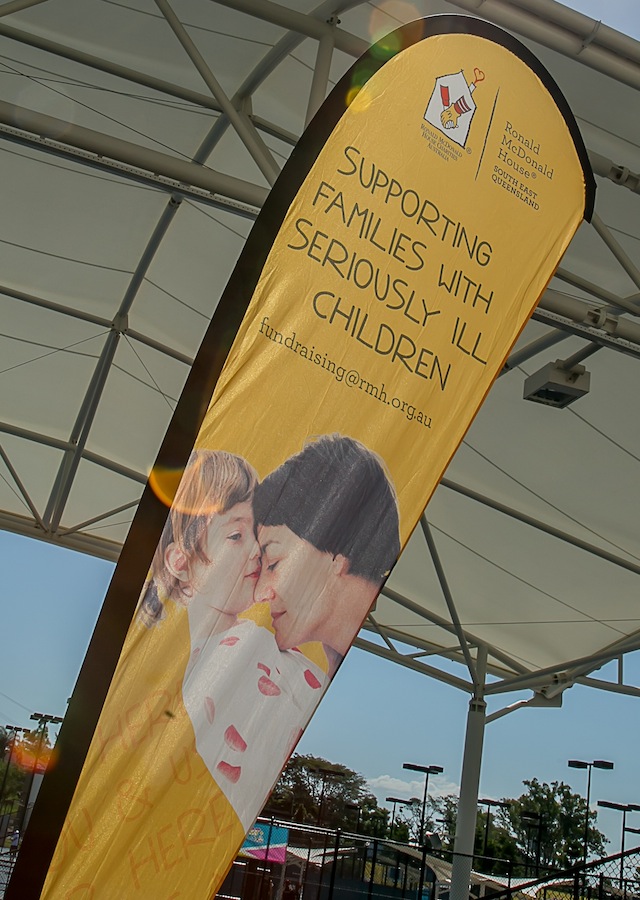 This is one of the many programs the V8 Ute Racing Series will be involved in this year, the Series will once again host the interactive Racing for a Cause campaign, where fans can donate to their favourite V8 Ute racers, with the driver raising the most amount of funds being crowned ‘King of the Track.”

The Series raised $21,876 for Ronald McDonald House South East Queensland last year and are hoping to double that in 2015.

“The team put in such an amazing effort last year and I’ve no doubt we can go bigger and better in 2015. Ronald McDonald House South East Queensland do such an amazing job housing families with critically ill children, it is such an important cause and we are happy to assist where we can,” said Erin Bombell of SPHERIX, Category Managers of Australian V8 Ute Racing.

Ryan Hansford won the King of the Track Award last year raising $6,000 for Ronald McDonald House South East Queensland and he is hoping to take out the award again.

“I’d love to go back to back in winning the King of the Track Award, I might have used up all of my favours last year but would be awesome to beat last year’s effort, I had such amazing support from everyone and it is such a great cause,” said Hansford.

You can donate to your favourite driver by following this link.