V8 Ute Charity King to be Crowned for the Cause

V8 Ute Charity King to be Crowned for the Cause 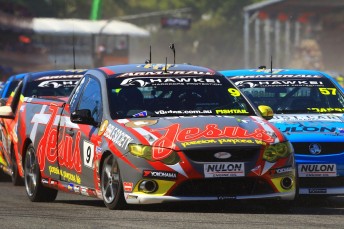 The popular series starts a new interactive ‘V8 Ute Racing for a Cause’ campaign, where fans can donate to their favourite V8 Ute racers, with the driver raising the most amount of funds being crowned ‘King of the Track’.

The campaign is set up to raise funds and awareness of Ronald McDonald House South East Queensland.

It is a cornerstone program of Ronald McDonald House Charities, which is a ‘home away from home’ for families with a seriously ill child undergoing treatment.

Bebe Mawer, development & relationships manager for Ronald McDonald House South East Queensland, is grateful for the V8 Ute driver’s time and contributions to the cause and thinks the “King of the Track” initiative will be a fun way for both drivers and fans to interact with the program.

“Ronald McDonald House South East Queensland relies on the generous donations of supporters such as V8 Utes through its ‘Racing for a Cause’ Campaign to continue providing a ‘home away from home’ for families of seriously ill children,” Mawer said.

“Ronald McDonald House gives families somewhere to stay while their child is receiving treatment in hospital. This simply would not be possible without community support.”

V8 Ute driver Andrew Fisher knows only too well how vital it is to be close to a seriously ill child, having gone through it with his daughter Lily who suffers from a heart condition.

“For the 5–6 months when Lily was in hospital, we were fortunate enough to be able to stay in the hospital itself, however they very rarely offer these facilities anymore so that is why Ronald McDonald House is so important, it is so vital for families to be close to their children during these times,” explained Fisher.

The drivers will all take to the track this weekend for Round 2 of the 2014 Australian V8 Ute Racing Series at Barbagallo Raceway Perth and they will all be racing for a cause.