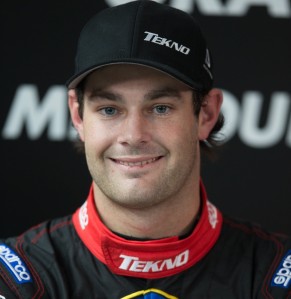 Shane Van Gisbergen, one of the stars of the V8 Supercars Championship, is the latest Online Driving Instructor for SAFEisFAST.com.

V8 Supercars is one of the most popular sports in Australia and its reputation is growing worldwide. Van Gisbergen is tipped to be one of the main challengers for this year’s title.

He went on to win the 2006 New Zealand Formula Ford Championship and finished a close second in the 2007 Toyota Racing Series.

In 2013, he signed for TEKNO Autosports.

Last season he raced his Holden VF Comodore to a career-high second in the championship, winning an impressive eight races along the way.

In 2015 he will split his time between the V8 Supercars and racing for the McLaren factory team in GT competitions.

For the 2016 season he has already signed to race for Red Bull Racing Australia as part of a three car entry from Triple Eight Engineering.

Questions for him can be submitted here

Will Power is the latest in a long list of expert motor sport professionals to serve as an Online Instructor, including Formula One World Champion Jenson Button, Indy 500 winners Dario Franchitti and Gil de Ferran and two-time Le Mans winner Alexander Wurz.

Since its launch, there have been over one million views of the online tutorials, from visitors representing more than 160 countries.