US racer flies across the world for ASRS

US racer flies across the world for ASRS 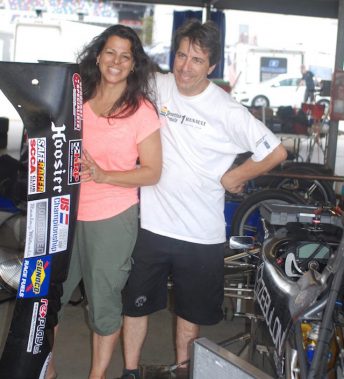 MEDIA RELEASE: Accomplished US racer Glenn Cooper has flown all the way from Atlanta to compete in this weekend’s 2016 season finale of the Australian Sports Racer Series – being held at Sydney Motorsport Park.

Cooper – who was born and raised in Long Island, New York and races with the support of Horseloversgifts.com – will field Josh Townsend’s DSR Downunder NovaRace LSR F1000 racer in the November 11-13 event. The 55 year old racer has a pretty extensive ‘chassis portfolio’ behind him, with many high profile wins including the ‘jewel in the crown’ of a US F1000 Championship in 2009 – the year before it attained National Class status and was invited to the National Championship Runoffs. He has also won the President’s Award in the Star Mazda Series – which ran with IMSA and Indycar – in 2003 and been published with his own column – The Coop Chronicles – in Formula Car Magazine.

His Sports Racer experience began in a Radical Pro Sport, and he has also since raced a Johnston D Sports Racer (one of two ever made), a converted Swift DB4 with Viking Body, a Gloria D Sports Racer (from Italy), a Spead DSR and an LSR 2 – which is actually the sister car to the one Cooper will race at Sydney Motorsport Park. That car was built by none other than Mike Devins of Hurely Race Products, who Cooper counts as one of his closest ‘race mates’.

“You all seem motorsport mad over there in Australia – I think I will fit right in. I am very much looking forward to visiting – the rest of my generation and I were introduced to Oz back in the late 70s with Mad Max, the Road Warrior, Men at Work, Midnight Oil, BMX Bandits, Elle McPherson and a bunch of other super cool stuff – I can’t wait to get there and experience it for myself,” Cooper enthused.

“The Australian Sports Racer Series looks like an interesting category! We run a very similar multi-class format in the US with the SCCA, which is the main sanctioning body for amateur racing. 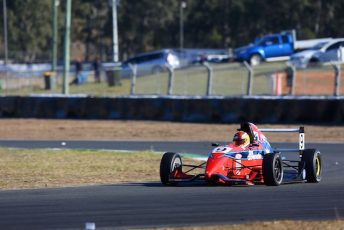 “I received an invitation to come over and race from the Townsends around four weeks ago – at first, I thought it was an April Fools’ stunt come late!

“It turns out it wasn’t. I had met the Townsends a few times previously during their racing forays into the US, and they needed a driver for the SMP event as Josh had a previous business engagement, and now I here I am, having travelled from the US all the way to Sydney, ready to race this weekend with the Aussie Sports Racers.

“It just goes to show how the racing community, especially the Sports Racer and Formula scene, is tiny – even on a world level! I know racing people in all 50 US states, as well as Australia, the UK, Italy, Israel and Canada.”

While he may be making a special trip across the world to race in the ASRS this weekend, Cooper will be maximising his time in Australia with some holidays following the race weekend.

“I also have a very good friend of 35 years from Atlanta, who I actually met the very first night I had moved there, who now lives in Melbourne,” Cooper explained.

“He was racing his motorbike as part of Team America at Phillip Island and met a lovely lass who he then wooed successful – enough to marry her and move here – so I will spend a few days holidaying with them as well.”

So what does Cooper think of the car he will be racing, and how it will fare at Sydney Motorsport Park?

“That is a great question, and I have a great answer!” the BG Products consultant to the automotive service and repair industry said.

“The amount of success we enjoyed with that car was fantastic – we went racing straight off the setup pad, no private testing, no development, we just hit the track and started winning.

“We nicknamed that car ‘Connie’ for ‘Converted Chassis’ and it is still being raced by the way. As an RF99 it had the narrow track suspension arms of that year, which worked great at the tracks we typically run in the South East such as Sebring, Road Atlanta – my home track of 35 years on both two wheels and four – Virginia International Raceway and the not-so-Southeast Road America (Wisconsin) – all very fast tracks.

“Josh’s car has the widetrack A arms, so I think it should go much better in the twisty bits! Cooper was invited all the way from his home in Atlanta to this weekends’ event in Sydney by Bob and Josh Townsend. pic: Nathan Wong)

“I would love to make the podium. The one question mark in my mind is the tyres – which I hear are quite of a bit harder compound than the Hoosier ‘Supa Softs’ we run in the US, which after three heat cycles are essentially done!”

The final round of the 2016 Australian Sports Racer Series will be held at Sydney Motorsport Park across Friday November 11 to Sunday November 13. Three races will decide not only an outright championship, but also title holders in the SR2 Division and F1000 and Radical classes.

Ahead of this weekend’s finale, the Series has released its 2017 calendar – with five rounds to be held with the CAMS Shannons Australian Motor Racing Nationals in 2017 across five of the country’s best tracks across three states – Sandown Raceway (7-9 April), Winton Motor Raceway (9-11 June), Sydney Motorsport Park (7-9 July), Queensland Raceway (4-6 August) and Phillip Island (8-10 September).

All events will feature free live streaming of Sunday’s action – which in 2016 averaged an audience of 11,000 per event – as well as post-produced highlights packages which will be broadcast on SBS Speedweek and Fox Sports. In addition, these programs will be available for free on-demand viewing online after their air dates, while footage will also reach an estimated 27 million homes throughout the UK and continental Europe across the year thanks to the fact that a considerable number of countries provided with satellite and cable programming via the Motors TV Network.

Like in previous years, the Australian Sports Racer Series will continue its development of inter-class racing, with the SR2 Division as well as titles for Radical/Supersports and F1000 competitors being held alongside the chase for outright honours. For more on the plans for 2017, please click here.

For more on the Australian Sports Racer Series, including details of the 2016 finale, please visit www.sportsracer.com.au