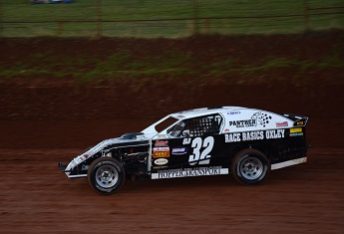 Every race meeting of every season at Ausdeck Patios Archerfield Speedway sees various race divisions hit the track in addition to headline categories and the efforts of these various support categories often goes unappreciated despite the vital role they play in making each show a success. This Saturday night (May 20), several of these race divisions will get their moment to shine with Australian Championship events for Open Sedans and Ford v Holden v Sigmas, plus action from AMCA Nationals, Compact Speedcars and the future stars of the sport with junior racing in sedans and Formula 500’s. On a night that will also feature the annual King of the Ring and Enduro events, race fans will be treated a variety-packed program in what is the penultimate event for the 2016/2017 Archerfield season.

The Ford vs Holden vs Sigma Australian Championship might be the most open in years given that several drivers have tasted feature race success this season, including David Tookey, Michael Hillhouse, Bernie Wright and Ronnie Young. Whilst the Fords have been the dominant make throughout the season, there is no better opportunity for the Holden and Sigma drivers to upstage the blue oval brigade than in their biggest race of the year.

The final round of the Shock Absorber Therapy AMCA Nationals Track Championship looms as a shootout between Matt Hardy, Steve Potts and Steve Price, all of whom have been feature race winners at Archerfield this season. All three finished inside the top five in the recent Queensland Championship. Having already won the New South Wales Championship earlier in the season, Hardy also took out the Queensland Title in Rockhampton two weeks ago and will be looking to finish the season with another win. However, Price finished second on that occasion and won the previous round of the Shock Absorber Therapy Championship here last month, while Potts has once again been the standout performer throughout the season, a model of consistency every time he hits the track.

Although Queensland champion Robbie Stewart appears the obvious favourite for the Compact Speedcar events given his form throughout the season, the performances of both Jim Kennedy and category newcomer Ricki Harrison in the Paul Messer Memorial just two weeks ago puts them very much in the frame to upstage Stewart again this week. Both drivers beat the state titleholder in the memorial event on May 3, with Kennedy scoring a breakthrough feature win in a race that featured a terrific drive from Harrison into third place that belied his lack of experience.

Almost always, a shrinking field of cars is a bad sign for a category, but that is not the case with the Junior Formula 500’s this season because the loss of a couple of drivers in recent weeks is only due to the fact that they have graduated into the open ranks, which is to be expected and serves to the testimony of the class as a breeding ground for future stars. However, the intensity of the competition hasn’t suffered at all and the racing this weekend between the likes of Trent Vardy, Brady Argles, Boyd Chaffey, Brodie Davis, Dekota Gay and Tarhlea Apelt will be a hard fought affair.

This Saturday will also feature the return of Junior Sedan racing to Archerfield with a field of youngsters trekking from south of the border to showcase their skills. With no racing at home this weekend, drivers who normally compete at the Grafton and Lismore tracks are heading north to test themselves on the decidedly different Archerfield layout, in what will certainly be a level playing field.

The 2016/2017 Archerfield season draws to a close next Saturday night (May 27) with a massive triple-bill racing program featuring the final rounds of the East Coast Logistics Sprintcar Track Championship, the Polar Ice Midget Track Championship and the KRE Race Engines Formula 500 Championship Series plus Modlites, fireworks and all the mayhem of the Caravan, Boat and Dunny Derby.