Tyreright returns with APC in Sydney

Tyreright returns with APC in Sydney 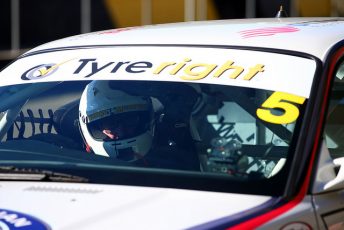 After sponsoring the APC’s 2016 Sydney Motorsport Park July event, Tyreright – Australia’s first ‘Clicks and Mortar’ tyre retailer has confirmed they are again backing the event in 2017.

Held across July 6-9, the Tyreright Sydney Challenge will feature four x one hour races for the APC field and will be round three of the 2017 Australian Production Car Cup.

Tyreright General Manager, Nick Southon, said the company was looking forward to once again partnering with the Series – which is hosting five of its six rounds across 2017 with the CAMS Shannons Australian Motor Racing Nationals.

“We were very pleased with the results of our partnership with the APC last year, and so when the chance came up to support the Series once again we were keen to jump on board,” Mr Southon said.

“We were made to feel so welcome by not only the management of the APC but also their team, racers, on-track officials, commentators and fans and we are very much looking forward to seeing what our 2017 partnership shall bring.

“To once again see the Tyreright logo flying around SMP on the windscreens and body panels of the APC entrants is something I am very excited about, and I can’t wait to see how the weekend plays out.”

Australian Production Cars Category Manager Iain Sherrin said he was very pleased to welcome back Tyreright for the Sydney event.

“We are very proud to welcome back such a progressive company such as Tyreright to once again be a part of the APC in Sydney,” Sherrin said.

“We will be hosting four 60-minute races at Sydney Motorsport Park with all entrants to be carrying Tyreright signage on their windscreens and body panels.

“As our third round of the chase for the APC Cup, I can’t wait to see what our competitors have in store.”