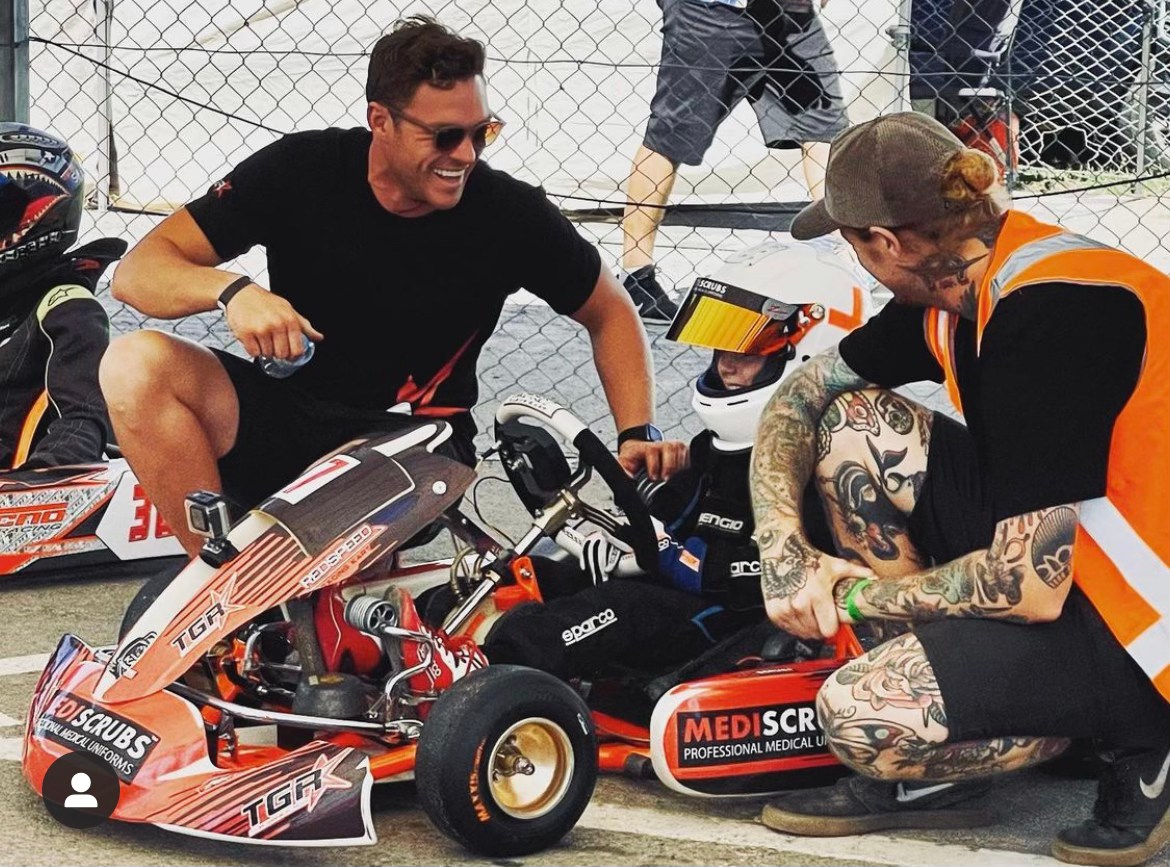 Tyler Greenbury Racing reignited their SP Tools Australian Kart Championship assault at Bolivar over the weekend. With a team of eight drivers across twelve classes the they were in for a busy weekend of racing. After some strong results in the last few months, the team were looking to grab more strong results and potential wins!

Armand Hamilton and James Raaymakers was the two-driver attack to take on the KA4 Junior category. Hamilton set a blistering pace in qualifying in his Tyler Greenbury Racing entry, coming away with fifth place overall. Raaymakers came home just inside the top thirty in position twenty-eight keen to make up positions. Hamilton did a superb job to run in the top five in every heat and moving up to second spot in heat three and four. Raaymakers moved his way up throughout the heats and got as high as position twenty-one just outside the top twenty. Hamilton had heart break in his final running off on the opening lap and then when trying to fight back through coming off resulting in a DNF. Raaymakers continued his consistency in the final and came home in position twenty-two overall moving up six spots from qualifying!

TAG 125 had three drivers representing the Tyler Greenbury Racing Stable in Thomas Gallagher, Lucas O’Conner and Finlay Derry. O’Conner and Gallagher led the charge in qualifying coming home in position eight and nine inside the top ten. Derry was just outside the top twenty in position twenty-three looking to move forward. Gallagher faired the best in the heats coming home in the top ten in all races with a third in heat three being the highlight. Both opening heats resulted in DNF’s for O’Conner but two top ten finishes in the final two heats got his weekend back on track. Derry had mixed result also with a position twenty in heat two being followed by two DNF results. Gallagher once again led the charge in the final, coming home in position seven further consolidating his strong championship position. Derry moved up inside the top twenty for his best result of the weekend in position seventeen. O’Conner showed good pace and he had throughout the weekend but things unfortunately didn’t go his way resulting in position twenty-two overall.

Hamish Fitzsimmons was the lone wolf in the X30 class for Tyler Greenbury Racing. Fitzsimmons qualified just outside the top ten in position fourteen in the near fifty kart field. Hamish put in strong performances in the heats coming away with position six in three out of the four heats. In a fast pace and mouth-watering final, Fitzsimmons was able to work his way up to position eleven only hundredths of a second off position ten. Hamish proved once again he can mix it with the best X30 drivers in the country!

Bailey Sagaidak took on the premier KZ2 gearbox class for Tyler Greenbury racing. With nearly thirty-five drivers in the field, Bailey put himself right in contention inside the top ten in position eight in qualifying. Sagaidak had some tough opening heats with a sixteenth in heat one, DNF in heat two and fifteenth in heat three. Bailey fought back into the top ten in the final heat and was looking for a big final. Sagaidak got a poor start in the final dropping to the edge of the top twenty. In a strong display Bailey fought his way back up to fifteenth spot in a tough weekend of racing!

The youngest driver in the team and the event Harlen Bell was the final Tyler Greenbury Racing driver to take the starter. Bell qualified just outside the top fifteen in the twenty five kart field and was looking to move forward in the heat races. Harlen moved up a total of fifteen spots in the opening two heats with two top ten finishes. Bell finished outside the top ten in his final two heats but the young driver was looking to come back in the final. In an awesome drive Harlen came home just outside the top ten in eleventh spot against some of his more experienced rivals.

Tyler Greenbury spoke post weekend of the team’s results. “It was one of those weekends unfortunately. Armand’s final was tough to watch after his pace this weekend and Bailey had a rough time in KZ2. Thomas has come away in a strong position in the championship and it was great to see Harlen our youngest driver with a big smile on his face”. Tyler Greenbury Racing will be back on track this weekend for the Victorian State Championships at the Eastern Lions Kart Club.