Two wins from three as Blewett continues to dominate Toyotas

Two wins from three as Blewett continues to dominate Toyotas 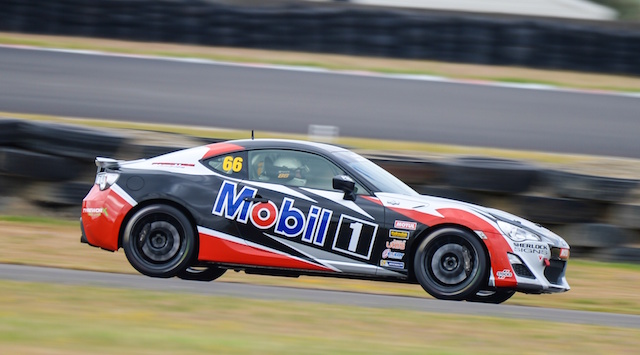 During two days of racing in the penultimate round at Manfield, Blewett won the first race on Saturday in emphatic form, holding out championship challengers John Penny and Callum Quin.

“John had better speed than me in the faster parts of the track but I was able to control the race and keep my lead while he and Callum fought it out,” said Blewett.

The second race features a partial reverse grid decided by a marble draw, with the first race winner doing the honours. Blewett, to his chagrin, pulled an eight marble to start from row four.

That put Jacob Smith on pole, and the young Auckland rookie held onto the lead for the opening laps but then masters leader John Penny shot through to lead, Smith taking second and Blewett fighting his way through from eighth to take the third podium spot.

Penny had battled gearshift issues in the first race but had no such issues in the second race. All three were happy to bank valuable points toward the championship and their respective class standings.

The third and final race was all Blewett’s. He took the win after a race-long battle with Callum Quin and Jacob Smith took the third step of the podium after likewise duelling with Matt Hamilton and Australian Jaxon Evans.

The final round of the championship will be held at Taupo during Easter.