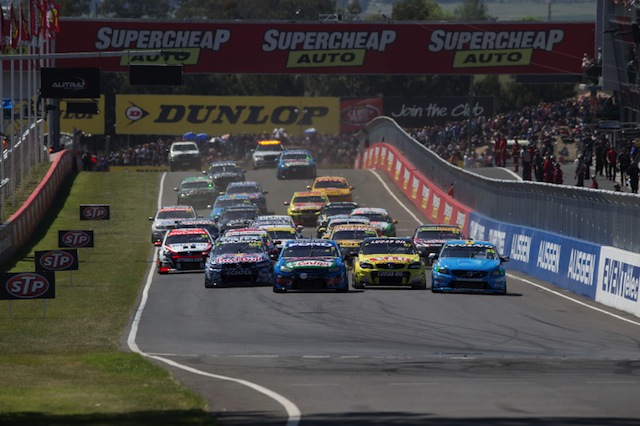 V8 Supercars today announced a new partnership with Blundstone, with a two-year deal positioning the footwear brand as an Official Partner of the Supercheap Auto Bathurst 1000 and the Sydney 500 races in 2015.

“This partnership is a natural fit for us and an exciting move.”

Hundreds of thousands of fans make the annual pilgrimage to Mount Panorama each year with millions more watching the broadcast across Australia and the world.

In a relatively short period of time, the Sydney 500 has also firmly established itself as a premiere event highlighted by its unique urban street circuit winding through Sydney’s Olympic Park precinct.

“We are delighted to be an official partner of two of the biggest events on the Australian sporting calendar,” Steve said.

“We are confident this partnership will strengthen awareness of the Blundstone brand, while providing opportunities to directly support our loyal customers here in Australia.”

“We’re a proudly Australian sport, known for innovation, tough competition and high-performance, so having an association with historic brands like Blundstone, who share these values, is perfect for V8 Supercars,” Warburton said.

The partnership was brokered by sponsorship agency Bastion EBA.