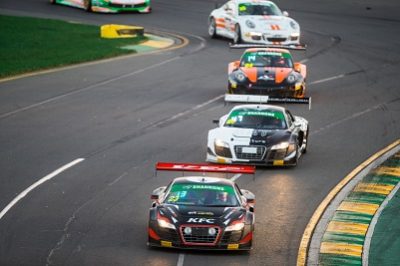 The CAMS Australian GT Championship heads to Sandown Park Raceway next weekend for Round 3 of the season, with a field of 29-cars.

An impressive field of nine Trophy Class entries are set to take part in the Sandown Park weekend, held as part of the Shannons Nationals.

Trophy Class competitors have been welcomed into the Australian GT Championship for all sprint format events in 2018, with additional standalone events at Phillip Island and Winton later in the year.

Leading the Trophy Class standings after its opening round at Albert Park, Nick Kelly returns aboard his Industrie Audi R8 LMS Ultra.

Chasing Kelly in the standings is John Morriss, who is once again set to line up in the Motorsport Leasing/RaceRamps Porsche 911 GT3-R.

Joseph Ensabella (Aaron Laboratories) and the Seidler Group pairing of Chris and Luke Seidler will also fly the flag for Porsche.

The iconic Lamborghini brand will feature prominently in class with Jan Jinadasa (JJA Consulting Group) among the competitive field in his eye-catching Gallardo.

A crowd-favourite at the Grand Prix in March, the Chevrolet Camaro GT3 of Dale Paterson returns as he looks to take on the Europeans in his Reiter-built American racer.

Rounding out the Trophy Class entry list is Dave Stevens, whose Superfluid Ferrari 458 GT3 makes for a total of five different manufacturers in the nine-car field.

The Trophy Class entries will share the circuit with the Australian GT Championship entries, set to compete in their third round of the season.

A complete entry list of all classes will be released in due course.