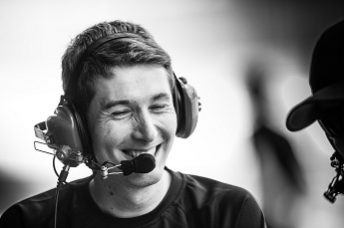 Motorsport engineer Nicolas Caillol has been named co-manager of the Toyota Racing Series.

“Nicolas Caillol – Nico – has been a familiar sight in pit lane. Now, he and Sarah Brown will jointly manage the Castrol Toyota Racing Series, each bringing to their roles a specific skillset that will help grow and advance the championship through its second decade.”

Mr Boyce said French-born Caillol is no stranger to New Zealand, and has worked with TRS team M2 from his European base. He has worked in premier levels of competitive motorsport, most recently managing Jenzer Motorsport’s GP3 team but in recent seasons working in Formula 4 (Germany and Italy), Superleague, Formula Le Mans and more. He was data acquisition engineer for Team Switzerland in the A1GP world series.

“Nico is a vastly experienced race engineer and has run his own motorsport driver development business. He is very well connected in the European single-seater scene and has a comprehensive understanding of modern single-seater motor racing. Sarah comes to us from a key organisational role within the Australian V8 Supercar championship. Together they are a formidable pairing as we drive TRS forward through its second decade,” said Mr Boyce.