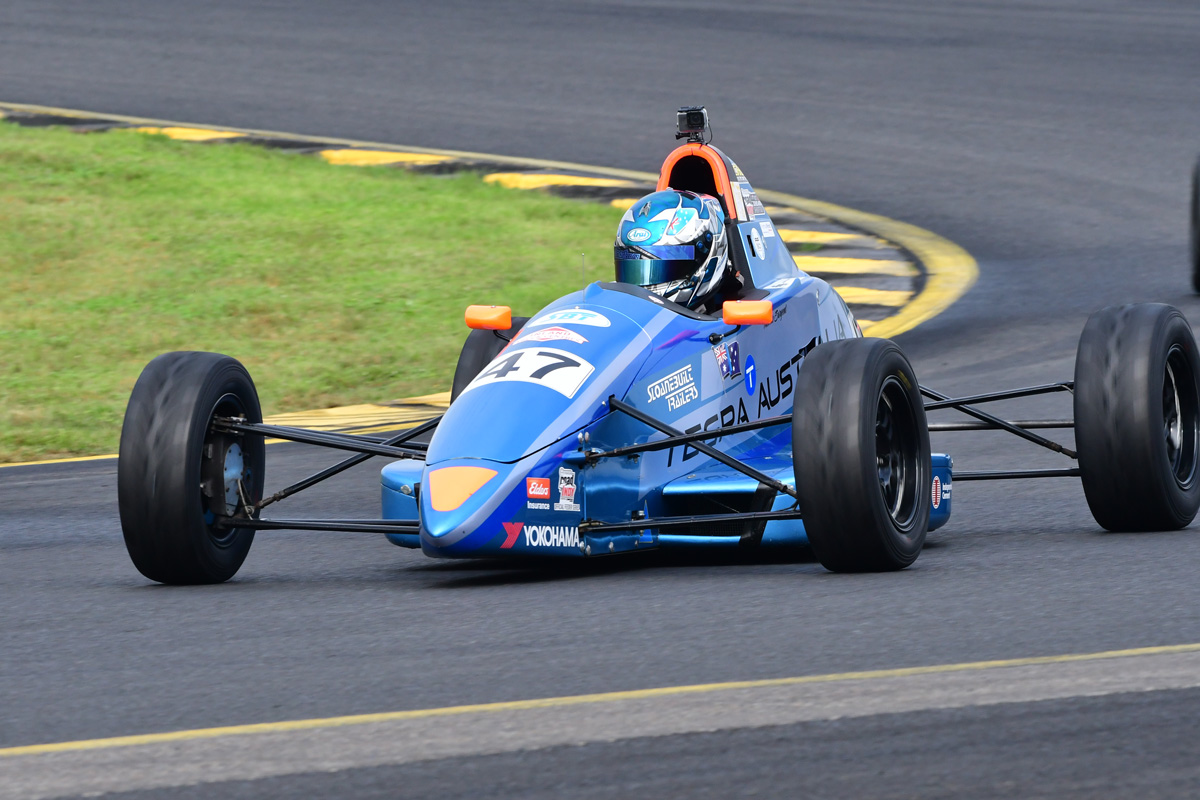 After narrowly missing out on the 2019 Australian Formula Ford Championship Title it was expected that 2020 would be Tom Sargent’s year, however after the 2020 season never went ahead it has left the 19-year-old hungrier than ever to achieve success.

Sargent enters into his fourth year with CHE Racing, guided by experienced team manager Cameron Hill. With multiple years with the team under his belt and a much-trusted relationship with all the personnel around him, Sargent feels more prepared than ever.

“Heading into 2021 I certainly feel as though I’m more prepared than I’ve ever been before. Everything with the car and the team is like second nature now and they’re all improving which as well is amazing. The team is the best they’ve ever been, the car is the best it’s ever been, everything is coming together to put us in a really strong position,” said Sargent.

Sydney Motorsport Park is the venue for the opening round of the 2021 Australian Formula Ford Championship and it’s a track that Sargent is more than happy to visit.

“I love coming here, I’ve been to SMP on a number of occasions for racing and for testing. I’ve done so many laps it all comes back to me pretty quickly whenever I go there which means I’m up to speed quick and we can start working on the car straight away. I’ve found a lot of success here in the past, it’s actually tended to be one of my stronger tracks so I’m looking forward to getting down to business this weekend.”

The 2021 Australian Formula Ford Championship will be contested over seven rounds, with four hosted by AMRS and three at state level events. The series has drawn a typically competitive field of drivers for 2021.

“We came so close in 2019 to winning the title and afterwards we immediately focused on 2020 so we could refocus and minimise mistakes, but that season didn’t go ahead, so it’s been a long wait. I definitely feel like we can win the title this year, and that is the aim, but the focus right now is on round 1 and getting the job done first at Sydney Motorsport Park,” concluded Sargent.

Round 1 of the 2021 Australian Formula Ford Championship kicks off from March 5-7 at Sydney Motorsport Park as part of the first AMRS round of the season.