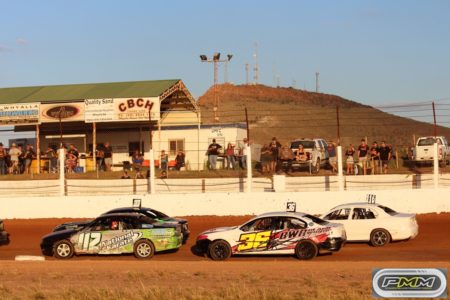 The Whyalla Speedway Club will host their final events of the 2021/22 season with a two-night finale this weekend 8 & 9) that will culminate with two South Australian Championships on Saturday Night. Both the Street Stocks and Modlites will contest their State Championships with both classes attracting quality line-ups with the Street Stock field exceeding 25 entries.

Leading the entry list for the Fulton Hogan & Specialised Tyres SA Street Stock Title is a whole host of drivers from the South-East with both Mark and Steven Gartner, Jason Duell and Jayden Edwards all making the 8-hour tow to Whyalla. All four of these drivers will be worth watching with the Gartner’s having been on the Australian Championship podium previously along with Steven being a two time SA Champ. Jason Duell a former NT State Champ so he also knows how to win major events.

Several other drivers will be in contention for a strong result including the likes of Bailey Heinrich, Nigel Reichstein, Drew Flatman, Justin Brumfield, Darren Flatman, Michael Brown, Craig Buchanan and Aaron Tyler.

Due to the November meeting being rained out the postponed round of the MJS Street Stock Series will be run on the Friday night with a slightly smaller field than what will be seen on Saturday. Currently the entry list stands at 22 with the drivers set for two rounds of heats prior to the 30-lap finale, which will be split 15 laps either way.

A field of over a dozen Modlites will make the trek west with Queenslander Klinton Hancey joining the locals to contest the 2022 F. Stephens & Son / Acme Removals South Australian Championship. Hancey is a former Australian, South Australian and Victorian Champion so he will be hard to beat but the with Michael Miller, Ryan Alexander, Scott Webb and Brian Chadwick leading the local charge he won’t have it all his own way.

Friday night will see the drivers contest a Modlite SA Club Show in preparation for the Title the night after.

Once all of the feature winners have been decided a car crunching Demolition Derby will end the Whyalla Speedway season and if last season’s event is anything to go by then it will be an entertaining way to finish what has been a tough, and often wet, season for the Whyalla Speedway.