Tight into the season finale

Tight into the season finale 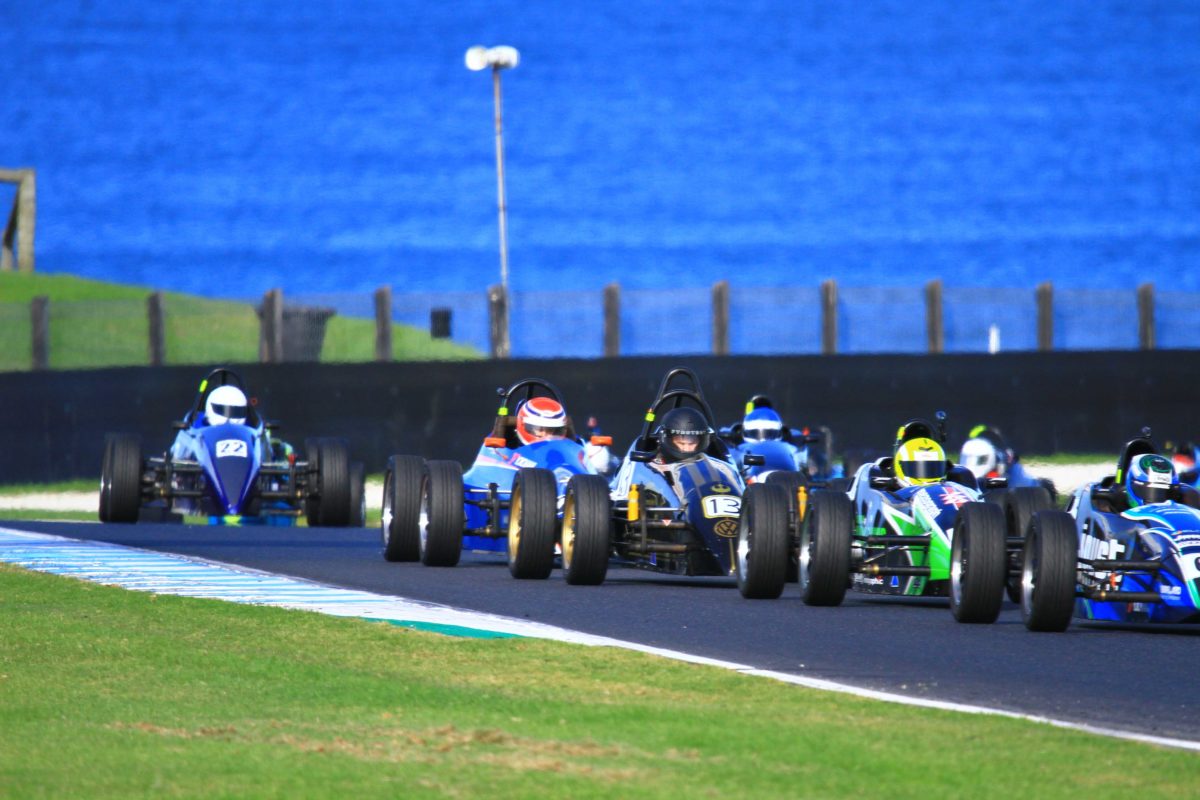 Round 6, the final round of the 2019 Victorian Formula Vee Club Championship is set to be held this weekend at the Phillip Island Grand Prix Circuit.

The 19 car field, also sees the debut of a newcomer, Claudia Lennox in her newly purchased Sabre 01.

Having clinched the 2019 CAMS Victorian State Championship at the previous round, club championship leader, Jake Rowe has electing to miss the meeting to attend a wedding and support father Gary Rowe at the Geelong Revival.

Nearest rival Heath Collinson (the 2018 Club co-champion) sits just 35 points down on Rowe, with Nicholas Jones only 3 points behind Collinson. A total of 92 points are on offer over the weekend.

Across the grid, no placings are set in stone, with mere points spread across the top 20.

The weekend sees four practice sessions this Friday, qualifying and Race 1 on Saturday and the final two races of the championship on Sunday.

Island Magic, the FVAV Club Championship decider, will be held this coming weekend at Phillip Island on November 23 and 24.

Tickets are available at the gate.