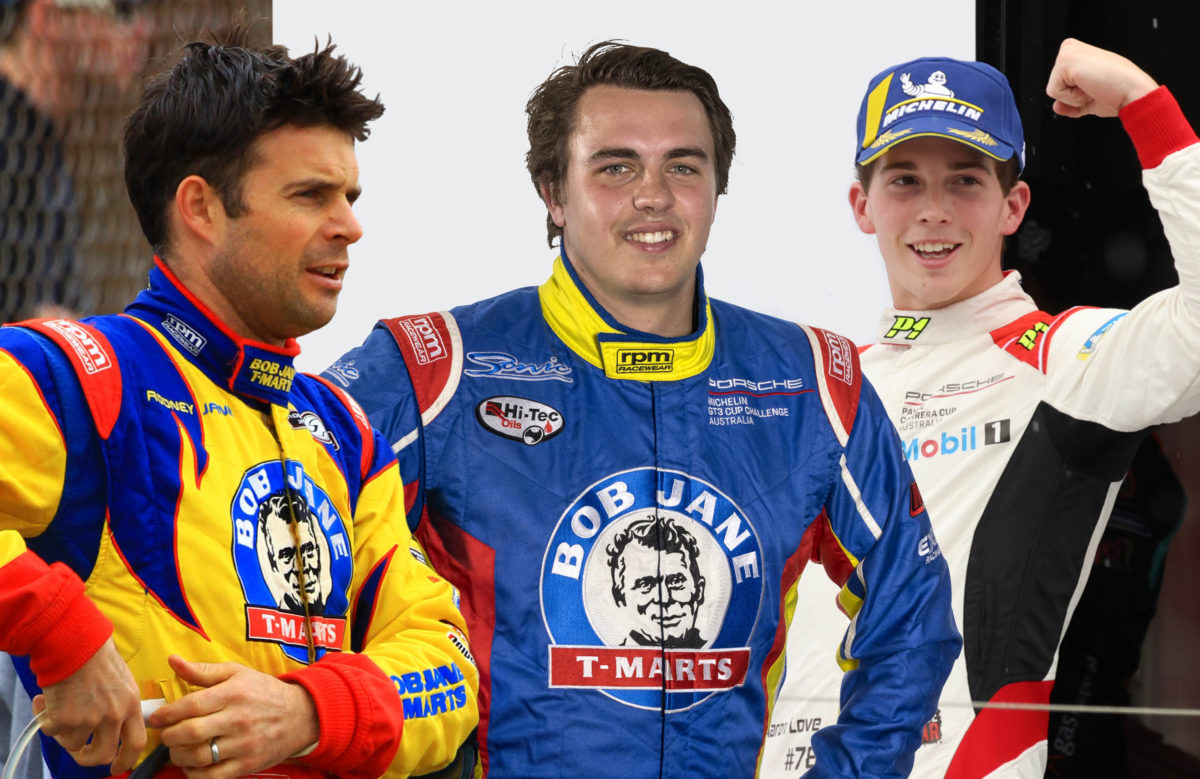 The Bob Jane T-Marts team will return to the Paynter Dixon Carrera Cup Australia Championship in 2022 and will start its campaign with a strong three car line-up at the sell-out Melbourne Grand Prix event.

Entered by three-time champion squad Sonic Motor Racing Services, the opening round of the all-Porsche championship will see Simon Fallon and Rodney Jane suit up for the full season, while Aaron Love will make a one-off return to the class at Albert Park in a Bob Jane T-Marts car.

Fallon will return for his second season in the famous yellow and blue Bob Jane T-Marts livery, aiming to improve on his debut season in Carrera Cup last year.

Fallon, a former Porsche Michelin Sprint Challenge winner, finished with a best result of eighth in 2021 and has proved that he has the ability to mix it with the front-runners.

The Victorian is looking forward to getting back in the championship that will sport the brand-new Porsche 992 variant.

“The new car is really cool. It’s a fresh start. It’s a level playing field so we’ll see where we end up come the end of qualifying at Albert Park.

“I’m not carrying any great expectations for the year. I’m just focused on the rounds that come and try to get the most out of myself and the car.”

Joining Fallon in a return to the driver’s seat is Bob Jane T-Marts Rodney Jane. After nine years away from racing, Jane will represent the company that bears his family name.

Jane entered Carrera Cup together with Sonic for its maiden season in 2003 and emerged as a consistent frontrunner, winning two Pro-Am titles in 2006 and 2007, as well as recording 10 round wins and holding the distinction of being the only driver to have recorded 12 consecutive race wins.

After close to a decade since his last motor race, Jane is excited to rejoin the Porsche racing ranks.

“I’ve been out of the seat for nine years, having not even sat in a race car since I stopped racing,” said Jane.

“Being with my wife, Penny and our four children is my number one priority and our focus has been on the kids, our family unit, education and sport. Outside of family, my focus has been 100 percent on work and building our businesses with an amazing team of people.

“About a week and a half ago the family were sitting around the dinner table and Penny suggested the idea of me coming back to racing. The kids all jumped on board and said you have to do it. Monday I had a chat with a good friend, Mark Cini and he told me I had to come back, then Mick Ritter from Sonic told me we were testing in Sydney two days later! I thought “Well, OK, let’s take it step by step, if the first test goes well we can do a second and if the second goes well we can go to the Grand Prix and here we are!

“I absolutely loved the two test days. The first one in Sydney was 100 percent wet and I went into it thinking “this is going to be a challenging first day back after nine years” but I couldn’t believe how great the car was. These cars are so impressive and like always, Mick and the team from Sonic had the set-up sorted. I’ve never driven a car that feels this good. The second test was Winton in the dry which again was challenging but awesome.

“Of course, I missed the driving, but what I also really missed was the camaraderie amongst the team and other competitors. I have amazing friends that I grew up with, but through my racing, I have made many incredible friends who I’m still very close with. That’s the kind of championship it is, very competitive racing, in an incredible race car and great people. With my family’s support it’s a great motivation to come back.”

And for the Grand Prix only, Love makes a one-off return to the championship before he heads off to Europe to compete in Porsche Carrera Cup France with the Martinet by Almeras team. A previous race winner in the category, the West Australian will race under the Bob Jane T-Marts banner for his guest drive.

“I’m really looking forward to it. It will be my first race in the new car, but it’s also nice to come back to Sonic for one more race before heading back overseas,” said Love.

“It’s been great to work with the team, explore the car and can’t wait to get into the season with a level of familiarity.

“Being in a Bob Jane T-Marts car is really cool too. It’s a great honour to race in the company’s famous colours.”

Bob Jane T-Marts has been involved with Carrera Cup racing in Australia since its inception in 2003, competing in almost every season of competition.

Over the years, the retail tyre giant has helped drivers such as David Reynolds, Andre Heimgartner, Nick Foster and Jordan Love reach the next levels of their careers in both Australia and abroad.

A striking new look for the Bob Jane T-Marts Porsches will be revealed prior to the Grand Prix.

Action begins for the Bob Jane T-Marts trio on Thursday, April 7, with opening practice and qualifying Thursday ahead of four races over the next three days.