Thirty-one years of classic racing thanks to MG Car Club

Thirty-one years of classic racing thanks to MG Car Club 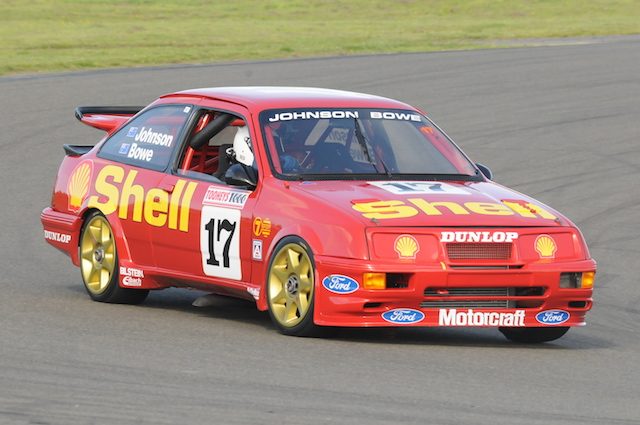 MEDIA RELEASE: The MG Car Club, Wellington, notches up another of its benchmark Classic Race Meetings at Manfeild this November.

That event was the first large scale national classic race meeting in New Zealand, and since then it has continued to set benchmarks in terms of popularity with participants and the public.

As well as the packed fields of classic sports and saloon cars, this November’s 31st classic race meeting will feature the new Historic Muscle Car group that is part of the move back to the sorts of cars that actually raced in the 1960s.

Too often, says organiser Dale Mathers, the cars at past classic events in New Zealand have been ‘silhouettes’ rather than real classics. “Old on the outside, but very modern underneath.”

Mr Mathers says: “The new Historic Muscle Car class will have the cars modified much as they were when competing in the 1960s, and will be more like the saloons that race at international events such as the Goodwood Revival and the Le Mans Classic.”

Mr Mathers hopes to have some fascinating machinery among the field, with these 1960s saloons being driven at high speed as they were intended to be.

“I hope to have my own immaculate 1969 Boss302 Mustang in action and it is also hoped that the first Mustang to race in New Zealand, the legendary Fleetwood Garage’s car that was driven by Ivan Segedin, will also take part. The car is now owned and driven by Neil Tolich.”

Another Mustang with a local history is the ex-Red Dawson 1967 Trans Am being driven by Nigel MacDonald, while Tony Mexted has a 1970 model constructed along the lines of the famous PDL Mustang.

It’s not all about Mustangs with the varied fields including the likes of John Sampson’s interesting Westlake-engined 1971 Ford Capri RS2600 and Kevin Gimblett’s 1967 Chevrolet Camaro.

Another group, with many participants from the South Island, are the Historic Touring Cars that feature the sort of cars that many remember from the Nissan Mobil Wellington street races back in the 1980s.

These are effectively the Group A touring cars such as the BMW 635 CSL and M3 models, the Ford Sierra Turbo and Mustang, the Volvo 240 Turbo, Rover SD1, Holden Commodore and Jaguar XJS.

Similar models from the British and European Touring Car championships also feature such as the Ford Cologne Capri, Mondeo and Telstar and Zakspeed Escort.

Mr Mathers says that although the Manfeild grid is still being finalised, the organising committee is hoping to see interesting combinations like Angus Fogg in a Jaguar XJS and Mark Petch in one of the original Australasian Volvo turbo team cars.

The organisers are also attempting to encourage older racing and sports racing cars to participate in the historic race car fields, or in their own groups, and are offering free entry for Vintage Car Club members with bona fide pre-1960 race cars.

Mr Mathers adds: “It is notable that entry fees for all competitors have been held at around last year’s levels, despite a raft of cost increases in many areas.

“We also acknowledge the huge contribution that our large groups of volunteers working in all types of weather and conditions for nothing more than a few warm chips and a hot dog lunch. Imagine the cost if everyone had to be paid!”

The MG Classic continues to be the longest running and biggest classic race meeting in the country.

“The MG Classic is very much an event for families and car enthusiasts rather than out-and-out classic car purists, but is no less enjoyable for that.

“Having opened in 1973 Manfeild has been operating in relatively unchanged form ever since. With the recent general improvement in the facilities, these now complement one of the better circuit driving and spectator viewing experiences in the country.”