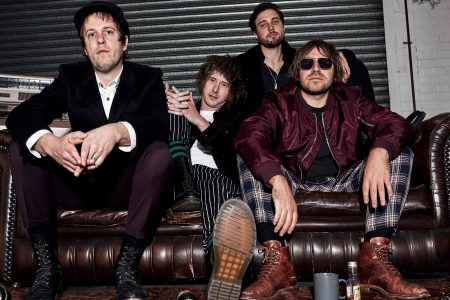 Melbourne-based rockers The Delta Riggs, who supported the Foo Fighters Stadium Tour of Australia in 2015, has joined the line-up following a recently sold out national tour. The tour included a performance at Newcastle’s well-known Cambridge Hotel, located just one kilometre from where this year’s Supercars’ concert will take place.

The Saturday night concert will be held at the No. 1 Sportsgrounds, Newcastle following the opening Virgin Australia Supercars Championship race of the weekend around the streets of Newcastle’s CBD.

A strong crowd is expected at the 2018 grand finale with just two drivers, Scott McLaughlin and Shane van Gisbergen left in the title hunt, while Sunday afternoon’s race will be Supercars’ legend Craig Lowndes’ final ever Championship race.

The Coates Hire Newcastle 500 is supported by the NSW Government via its tourism and major events agency, Destination NSW, in partnership with the City of Newcastle and will be held on the streets off Newcastle from 23-25 November.