The Wingless SA wait is over

The Wingless SA wait is over 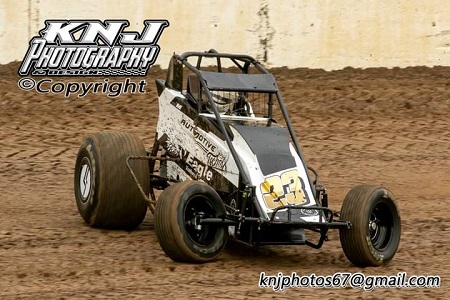 Speedway racing returns to South Australia for the first time this weekend (October 17) since the COVID-19 shutdown at the Murray Machining and Sheds Murray Bridge Speedway, with a healthy field of Wingless Sprint drivers eager to get back behind the wheel. The last time the Wingless brigade were seen in anger at Murray Bridge was at the highly successful 60 lapper in March, that was won by American Alex Bright, although several drivers were present at the pre-season practice session a fortnight ago.

The opening show of the season will feature 19 drivers who will all vie for the chequered flag in the Dirt X Industries supported main event.

In what is a positive start to the season, Wingless Sprints of SA will welcome an influx of new competitors with 7 drivers making their debuts. Among them are former Junior Sedan racer Sharni Pitcher, Jacob Childs, who has graduated from Dirt Karts, brothers Harley and Jesse Alexander and Caleb Evans, who is driving for Car Owner Greg Cunningham and is the nephew of veteran racer Brad Evans and son of Club Secretary Duncan.

Joining the rookies will be several highly skilled competitors including South-East duo Mitch Broome and Kirby Hillyer, both of whom may be hard to stop. Early last season Broome was in outstanding form and he would love to start the 2020/21 season in similar fashion.

The field will also include the likes of Anthony Tapley, Jack McCarthy, Darryl Sloan, Brent Fox, Bronson Mauro, and teenager Hayden Vickers, who will be looking to build on an impressive rookie season in 2019/20, therefore it should be an entertaining evening of racing for the sell-out crowd.

As previously mentioned, Dirt X Industries has come on board as a supporter of Wingless Sprints of SA and will provide vouchers and prizes as give-aways on the night.

The format will see each competitor take in two heats prior to the A-Main.