The wait is over, let the racing begin

The wait is over, let the racing begin 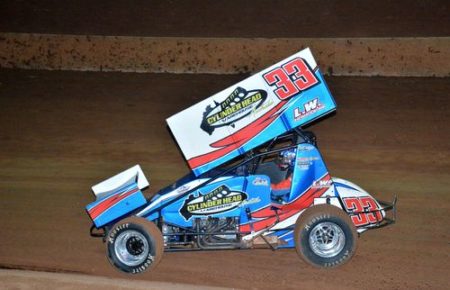 Speedway fans rejoice! Racing resumes this weekend and there is a stellar line-up of talent amongst the nominations for the 2020/2021 season-opening spectacular at Archerfield Speedway this weekend. In what is a fitting way to start the new Queensland speedway season after so many months of COVID-induced inactivity, this weekend will feature the running of the Queensland Sprintcar Championship over two big nights (Saturday and Sunday, October 3 & 4). With the original scheduling of the event having fallen victim to the premature close of the 2019/2020 season as a result of the pandemic that swept across the country, the Queensland Sprintcar Championship serves as a fitting way to celebrate the re-commencement of speedway racing and competitors are clearly relishing the opportunity to get back on track with a 30-car field set to do battle at Queensland’s home of speedway.

In addition to a stellar Sprintcar line-up, the race meeting will also feature big fields of Midgets, Wingless Sprints and AMCA Nationals, with Lightning Sprints, Compact Speedcars, Microsprints and RSA Sedans also on the program. With ongoing COVID public safety protocols demanding that restrictions remain in place with regard to crowd numbers and social distancing, co-operation and compliance from attendees will be critical in ensuring ongoing approval for future events. As a result of the enforced limitations on spectator numbers, Monster Trucks and Fireworks have been removed from the program.

Several of those amongst the starters in the Queensland Sprintcar Championship opted to participate in a pre-season event in Toowoomba last weekend and it was Gold Coast gun Lachlan McHugh who prevailed in the feature race. In his first outing aboard the East Coast Pipeline #7, McHugh withstood a typically tenacious charge from Luke Oldfield to emerge triumphant and both drivers will be chasing a second win in this event. With a level of popularity among local fans that is no doubt the envy of his rivals, Oldfield will certainly have plenty of crowd support for his championship campaign. Mitchell Gee is the only other driver in the field to have won this prestigious event and whilst such success in previous years might earn this trio the right to pre-event favouritism, there is a swarm of genuine contenders amongst the entries desperate to etch the name in the history books, including the current Archerfield track champion in Aaron Kelly. Having finished runner-up to Kelly in the COVID-shortened track championship chase last season, Kevin Titman is another expected to feature prominently across the weekend and, when you throw in the likes of Callum Walker, Randy Morgan, Brent Kratzmann, Darren Jensen, Allan Woods and another 20 competitors all seeking to stand atop the podium, the scene is set for a sensational two nights of championship Sprintcar action.

A solid field of Midgets will gather for their first outing since March, with a strong mix of familiar faces amongst the nominations, including Rusty Whittaker, Darren Vine and Charlie Brown, a trio who consistently found themselves in the thick of the feature race action last season. As such, it is hard to imagine that they won’t be amongst those at the front of the field once again. Add Glen Wright, Chris Singleton, Cal Whatmore, Scott Doyle and Bodie Smith into the mix and predicting a winner with any confidence becomes a much more complicated undertaking, while an interesting addition to the field is Sprintcar racer Brodie Tulloch, who will be very busy competing in both categories on both nights.

It certainly seems a long time ago given the longer-than-usual break in competition, but the standard of racing dished up the AMCA Nationals last season will still be etched firmly in the memories of those who witnessed it. Fortunately, many of those responsible for the intensity of the racing back then, such as Steve Potts, Bruce Marshall, Steve Price, Lee McKinnell, Nathan Tomkins and Russ Hardy, are amongst the 20 starters primed to finally hit the track again.

Meanwhile, the regular runners of the Wingless Sprint ranks such as Brody Thomson, Paul Robinson, Tim Harris and Liam Atkinson will take on a field of challengers that includes several newcomers to the ranks and a few drivers making the switch from other categories, no doubt lured by the low costs and close competition the category offers.

More than a dozen Compact Speedcar nominations have been received and, with Lightning Sprints, Microsprints and RSA Sedan competitors also relishing the opportunity to finally see some on-track action after so many months of uncertainty, more than 110 competitors will hit the track to launch the season in style.

Gates open at 2.00pm, with early racing from 4.30pm on Saturday and from 5.00pm on Sunday before the main program gets underway at 6.00pm on both nights. Tickets are limited and are available for purchase online. Tickets will only be available for purchase at the gate if the full allocation of tickets has not sold out online. When purchasing at the gate, please be aware that COVID tracing requirements will result in longer processing times as the name, address and phone number of each ticket holder must be recorded.

In accordance with the approved COVID plan, access to the pit area will be strictly limited to drivers, officials and crew only, with all spectators expected to adhere to the 1.5 metre social distancing requirement at all times.