The history of Porsche Michelin Sprint Challenge in Australia

The history of Porsche Michelin Sprint Challenge in Australia 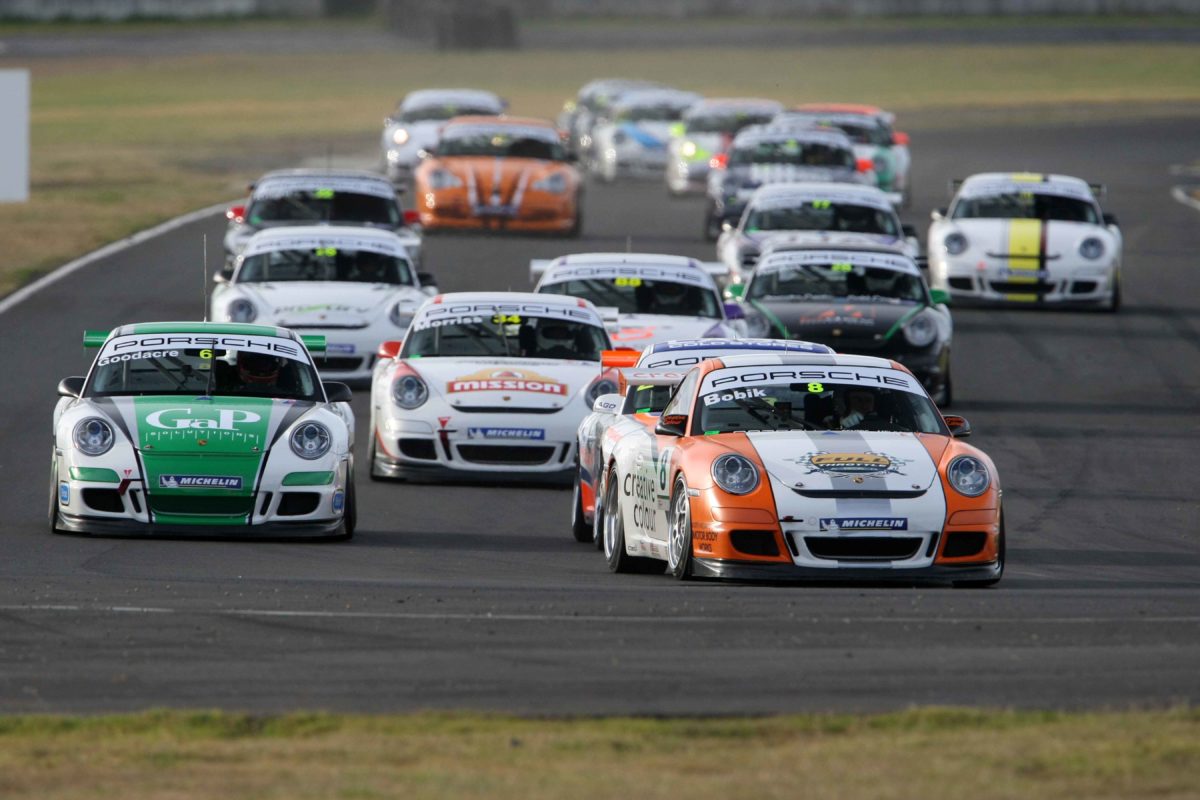 Founded in the grass-roots desires of Porsche competitors simply looking for a place to race, the Porsche Michelin Sprint Challenge Australia series has grown to become one of the great success stories from the last two decades of Australian Motorsport.

Formed initially as GT3 Cup Challenge Australia, the series has grown from amateur-based competition for fun to a legitimate pathway for drivers young and old to forge their way through the ranks of the Porsche Pyramid.

It’s hugely competitive, high profile, professional and one of the strongest national-level categories in the sport, yet retains the initial charm and enjoyment factor it had in its early years.

Sprint Challenge launched in 2008 during a challenging time for one-make Porsche Racing in Australia. Carrera Cup Australia was – though it didn’t know it yet – in its final season before a three-year hiatus, while other more grass-roots level Porsche competitors were frustrated that the Porsche Drivers’ Challenge had been absorbed by the costlier GT Championship.

Driven by competitors Sven Burchartz and Jon Trende and with the Administrative nous of Jamie Blaikie and Jodi Zylstra steering the ship, GT3 Cup Challenge was born and launched into the national scene with a 13-car field tackling a cold and blustery day at Mallala, South Australia in April, 2008.

The series fired immediately, with grids in the mid-20s by the middle of the season as owners flocked back to the circuit in droves.

Burchartz won the inaugural series driving his 911 GT3 Cup (type 996) prepared by Sonic Motor Racing, and the seeds were sown for a championship that would only become more competitive.

With Carrera Cup on the sidelines for 2009, 997 generation 911 GT3 Cup cars began to join the series in following years, though that year’s title was won by young Queenslander Matt Kingsley, whose devastating pace in the dry, but in particular the wet, set his championship winning season up.

Though any international career ambitions were well tempered by this point, Kingsley was the first of a younger brigade of drivers to look at using Cup Challenge as a way of progressing through the local scene; even after two seasons, the championship had a level of exposure and competition that ensured that those at the front were known for succeeding in a championship far from easy to win.

Queenslander Roger Lago was the story of the next two seasons, the quietly-spoken businessman letting his performance on track do all the talking.

He narrowly beat Kingsley for the 2010 title after the latter destroyed his car in a hefty shunt at Sandown late in the season, but romped to the 2011 title in style to become the first to win back-to-back Porsche titles in Australia that decade.

Lago’s form was also notable: not only did he beat strong competition, but it gave him enough experience to prove his ability to compete at an even higher level – Lago later going on to succeed in Australian GT Racing and the Pro-Am class of the Porsche Carrera Cup Australia.

With Carrera Cup returning in 2011, the structure of the series changed somewhat: Porsche Cars Australia’s own in-house motorsport division taking the reigns as they consolidated their local racing programs. In just four short seasons, Cup Challenge had grown from a ‘just for fun’ series to a legitimate place on the Porsche Pyramid, feeding upward to the Carrera Cup grid. If anything, it gave the series even more street cred among the local scene.

Kane Rose’s title in 2012 marked a true turning point for the championship as the field begun to split into two, gradually evolving into the Pro and Pro-Am class structure that is the norm today. The Victorian was another example of drivers’ using the Porsche Pyramid to perfection; his climb came out of the state-based Porsche 944 ranks.

Richard Muscat’s 2013 title was the last of the 911 GT3 Cup type 997 era, the Generation II car filtering down from the main game a season later. Muscat’s title set him up for a progression up the order into Carrera Cup, a series of strong GT performances and even opportunities at a Supercars level.

While Fraser Ross edged out Jon McCorkindale for a tense 2014 championship win, further down the field there was notable interest in the series’ second category, for the now older-model first 997 Generation 911 GT3 Cup cars.

There, a young, reserved man from the Queensland country town of Warwick was doing remarkable things in his older machine, nipping at the heels of the top three or four outright protagonists throughout the season, and occasionally beating them.

His name was Matt Campbell and when he jumped into an outright car at Phillip Island’s final round, having already clinched his class title, and dominated the field all weekend, the world knew they were on to something special.

The rest of that story, as they say, is history: less than five years later that Class B Sprint Challenge winner was on top of the podium for Porsche at Le Mans.

After Ryan Simpson gave everyone a beating in 2016, Hamish Hardeman and Jaxon Evans went wheel to wheel for the 2017 title, the former getting the big trophy after a tense year of competition between Sonic Motorsport and McElrea Racing; a Porsche battle that would define both categories for seasons.

Jordan Love’s 2017 title set him on his way to a Carrera Cup title – which would come just two years later – while Simon Fallon’s 2018 championship came in a final-round clincher after erstwhile leader Cooper Murray’s car went nowhere at the start of the final race. Both, though, would progress up the Pyramid.

Harri Jones’ 2019 series win ended a streak of four consecutive titles for Sonic – an Australian Porsche Motorsport record – and also represented another milestone: Porsche’s Michelin Junior program now stretching through Sprint Challenge all the way to Carrera Cup, and beyond.

Through all that, the Pro-Am drivers have also had their share: Class champions Geoff Emery, Tim Miles, Anthony Gilbertson and Sam Shahin among many others progressing through to Carrera Cup.
Vibrant from the outset, the Porsche Michelin Sprint Challenge’s growth has come almost entirely organically, evolving with the needs of the series and those within it. For some it’s a place to prove themselves and progress their career. For others, it’s a place to race your mates and have fun. For some it’s a little of both.
Given its humble roots, that the series can continue be all things to all people, all the while putting on fiercely competitive and enjoyable motorsport, well into its 14th season is all the more remarkable.