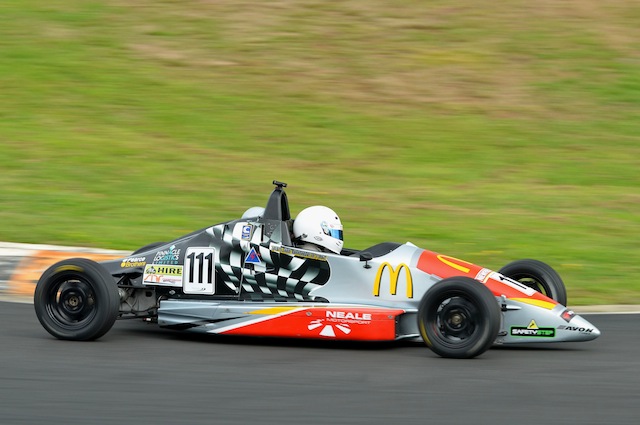 Hamilton student Taylor Cockerton has wrapped up the 2014/15 New Zealand Formula Ford Championship title over the weekend with a dominant performance at the final round at Hampton Downs, North Waikato.

The 17 year old took maximum points from the sixth round, qualifying fastest and winning all three races including the Ron Frost Memorial Trophy feature race.

“I can’t believe it,” exclaimed Cockerton. “It seems surreal that we have won the title. I can’t thank the team enough for their work and belief in me. It has been a great weekend; we were the fastest on both days and we have accomplished what we set out to achieve.” 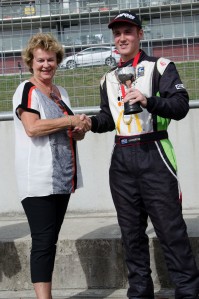 The St Paul’s Collegiate student won 12 of the 18 championship races held over the summer but only after a shaky start six months ago. “We had three ‘did-not-finishes’ taking no points in the first six races which left us wondering what was to be.”

“We weren’t thinking about the title back then. It was almost beyond our grasp. But we knew we had the speed and the confidence to keep going.”

The pivotal point in the title chase was at the fifth and penultimate round at Manfeild Park, Feilding, when rival Caleb Cross from Christchurch failed to gain any points from the second race of the round. “We were able to capitalise on this and I finished the round four points ahead of Caleb.”

Half way through the season Cross had a comfortable 145 point lead over Cockerton. Te Puke’s Michael Scott, Whanganui’s Aaron Marr and Christchurch’s Ryan Yardley also all had a shot at the title. However Cockerton started to dominate the championship taking maximum points in rounds three to five.

In each race over the final weekend Cockerton was again able to take control of the race, creating a gap on the following pack and enabling him to focus on consistent fast laps until the checkered flag.

“Both Aaron Marr and Michael Scott were able to pressure me at the beginning of each race. However I always had confidence in our car speed and was able to drive away.”

The final points table has Cockerton on 1084 with Michael Scott second overall 43 points behind and Caleb Cross third, 18 points further back.

Now it’s back to the school books for Cockerton while the team reviews the season and looks ahead to the path that will take him to V8 Supercars. This may involve a number of Australian Formula Ford Championship rounds in order to get to know the tracks and get noticed by the right teams.